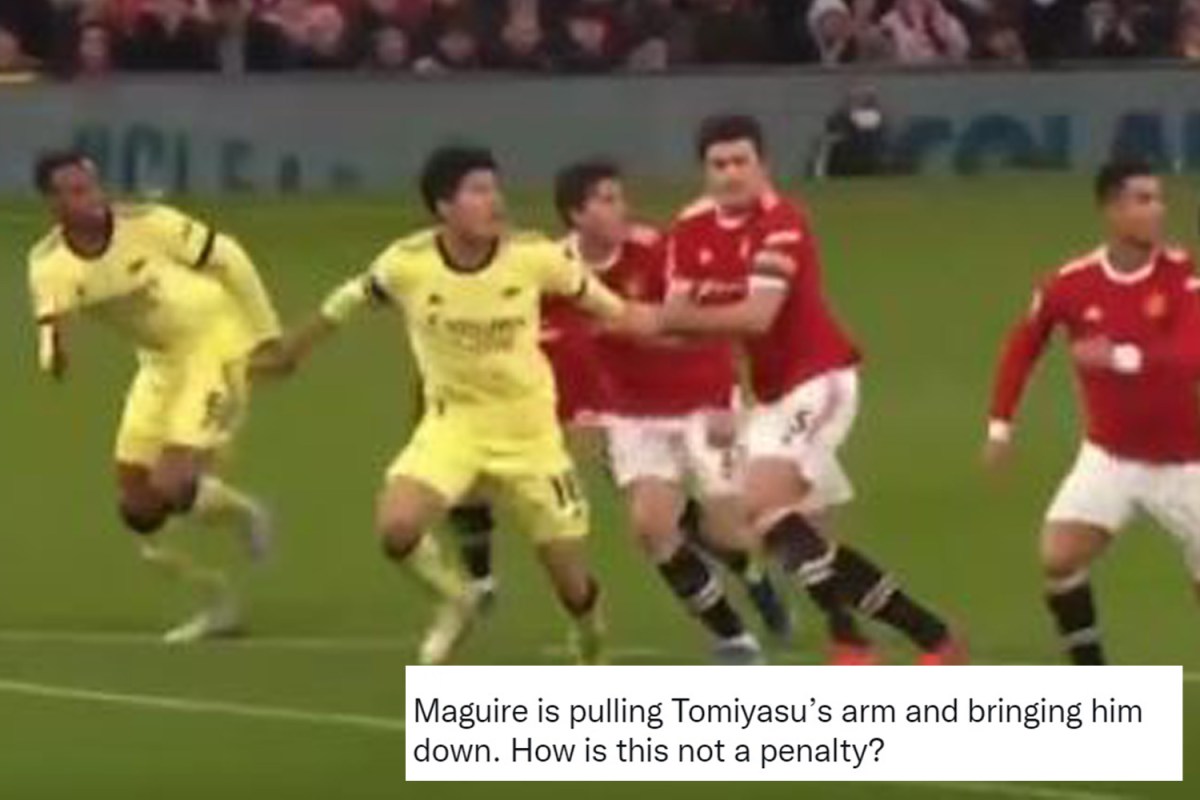 ARSENAL fans were left fuming after being denied a potential penalty in the 3-2 loss to Manchester United at Old Trafford.

The Gunners took the lead in bizarre circumstances with Emile Smith Rowe firing into an empty net after David de Gea was trod on by team-mate Fred.

But a penalty wasn't awarded and VAR didn't interveneCredit: AMAZON

But United staged a comeback with Bruno Fernandes levelling just before half-time and Cristiano Ronaldo scoring a second half brace.

In a game which saw VAR step in twice to award a goal as well as a spot-kick for United, Gunners fans were left confused as to why they weren't awarded a penalty of their own.

Takehiro Tomiyasu got away from Harry Maguire on the edge of the box in the first half.

And to prevent Tomiyasu from getting his head on the ball, Maguire gave the defender a tug.

But VAR didn't intervene and play was waived on.

Former Premier League referee Dermot Gallagher says the incident wasn't a 'clear and obvious error', which is why it wasn't given.

One Arsenal fan said on Twitter: "Why haven't they checked Maguire dragging down Tomiyasu in the penalty box? Stonewall penalty."

Whilst another fumed: "That's a clear foul by Maguire on Tomiyasu in the penalty box... What’s the use of VAR?"

One footy fan was more reasonable in his assessment.

He said: "Aight listen fellas. As much as I'm aware of VAR not checking a penalty on Tomiyasu, let's not beat around the bush.

"Arsenal didn't look secure in defence. They looked timid and allowed Man Utd to transition on them.

"Not only that, they also allowed Man Utd to defend their box."

The loss leaves Arsenal one point behind fourth place West Ham with league strugglers Everton up next.