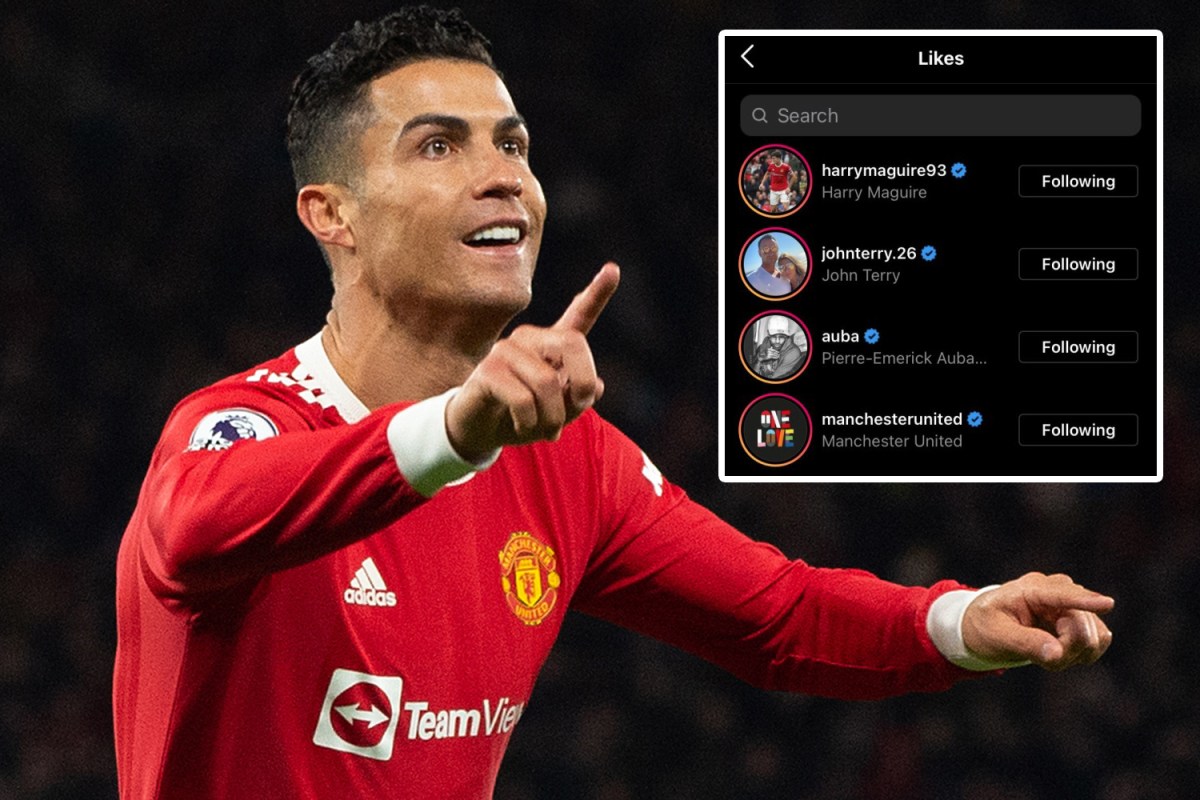 The 32-year-old was a passenger for the 3-2 defeat at Old Trafford as the Gunners missed out on the chance to leapfrog West Ham into fourth spot.

Aubameyang missed a sitter from yards out with the North Londoners seeking an equaliser in what was his only contribution in the match as his poor form in front of goal continues.

And his activity following the clash has infuriated the Arsenal faithful after the Metro pointed out that Ronaldo's Instagram post was 'liked' by the Gabon international.

It read: "Our minds are already set on the next game, there’s no time to celebrate!

"Today’s win was very important to get back on track, but there’s still a long road to go until we reach our destination.

"Congrats to all my team-mates, great spirit tonight! And a very special thank you to our supporters, we couldn’t have done it without you."

Understandably, Aubameyang's actions did not go down well.

One user tweeted: "Aubameyang liking Ronaldo's Instagram post… this guy is a clown man remove him from captaincy immediately ffs."

Another commented: "What is wrong with Aubameyang. You went blank in the whole game and missed a couple chances and at the end of the game you go about liking Cristiano’s pictures on Instagram celebrating his win. This is disrespectful and disgraceful."

Meanwhile one remarked: "Let me go ahead and unfollow Aubameyang. Him liking Ronaldo’s post after we lost was the last straw. I’m done! He’s supposed to be our captain."

One them simply stated: "Aubameyang liking Ronaldo's celebratory post on IG, what a captain."

The ex-Borussia Dortmund striker spoke of his disappointment after losing at the Theatre of Dreams as he stated his side must be clinical in both defence and attack.

He said: "We are a bit disappointed tonight because the team played very well. We could have got a better result.

"In this time of game you need to be clinical defensively and offensively and you have to do the perfect game because of the quality of Manchester United.

Aubameyang flattered to deceive at Old Trafford as Arsenal missed out on moving into the top fourCredit: AFP

"At the end of the first half we started to drop for too long and we conceded. In the second half we had the character to come back but in this type of game I have to stand up and score that opportunity and maybe get a point for us.

"I should definitely score that type of goal but I will not give up and I will keep trying to score goals.

"Compared to the game against Liverpool at Anfield we did better today. We did something very clear and we tried our best. It was very unlucky because I think the team deserved better today."