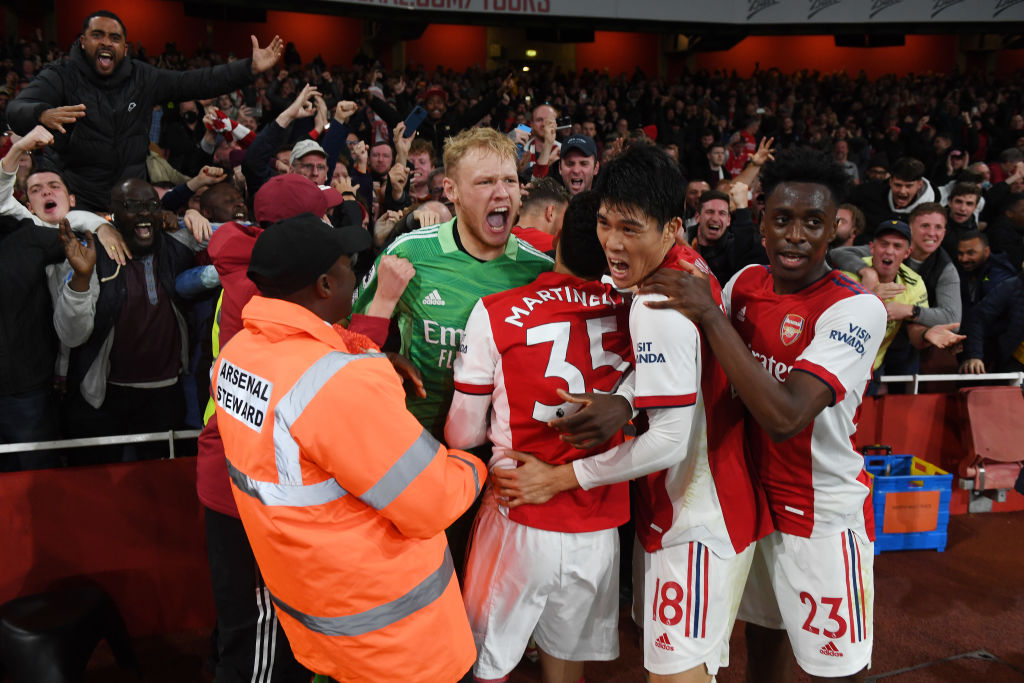 Manchester United got the better of Arsenal 3-2 at Old Trafford in the Premier League on Thursday evening.

Brazilian forward Martinelli started for Arsenal and provided an assist.

Former Liverpool midfielder Hutchison was following the match, and he believes that 20-year-old Martinelli was better than Ronaldo last night.

Ronaldo will get MOM⚽️⚽️ Martinelli been the best player on the park IMO.

Martinelli got a rate start for Arsenal against Manchester United.

And the 20-year-old took his chance well.

The forward was a constant problem for the United defence and left some fans of the Manchester club impressed.

Arsenal fans were wowed by Martinelli’s display at Old Trafford as well.

However, in our opinion, it was Ronaldo who made the difference.

The former Real Madrid and Juventus star scored two goals to help United to a win.

As for Martinelli, in our view, Arsenal manager Mikel Arteta needs to keep faith in him and give him a run of games.

In other news, ‘Good shout’: Rio Ferdinand says ‘massive talent’ who he knows personally could go to Newcastle