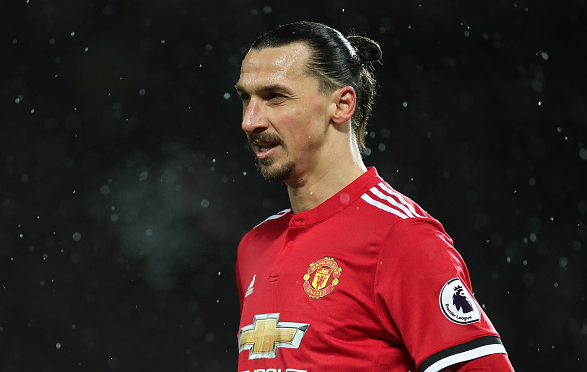 José Mourinho was in charge of Manchester United from the summer of 2016 to December 2018.

In his first transfer window at Old Trafford, the Portuguese tactician signed four players and three of them, Zlatan Ibrahimović, Henrikh Mkhitaryan and Paul Pogba, were managed by Mino Raiola.

The Swede joined the Red Devils as a free agent and Mourinho’s past connection with the striker played a key role in his arrival in Manchester. Ibrahimović has a written a book about his career, titled Adrenalina, and some snippets were made available to Aftonbladet.

The current AC Milan star was waiting for a confirmation about his move to Old Trafford from the super-agent. He has now revealed United’s delay to make his transfer official forced him to announce his signing for the Premier League side.

“In fact, I’m going to go on Instagram and write, ‘My next club will be Manchester United’. I was so tired of the negotiations that I didn’t think Manchester [United] was listed on the stock exchange,” the 40-year-old wrote.

“You may not make similar announcements if the matter is not clear. All hell broke loose. Mino wanted to kill me.”

“It’s just my fault, Mino Raiola had nothing to do with it. I lost my patience, that’s all. It felt like I was standing in quicksand trying to do something to take me forward, without thinking about the consequences,” he explained.

“If the deal goes down now, then that’s it, we’ll let it go. I’m the one who did the wrong thing. I apologise once again.”

When asked what was Woodward’s reaction, Ibrahimović said: “You’ve ruined a £5m PR-plan. They had planned a surprise campaign and a presentation with special effects à la Hollywood. And I ruined everything with an update on social media.”

During his time with the English club, the frontman won the Europa League, EFL Cup and the Community Shield.

“I get there and everyone hates me: Ibra the arrogant, the pretentious, the thug, the one who never scores on English teams, the old, thirty-five-year-old. Good. That’s how I want it. Hate me. I like that,” he stressed.