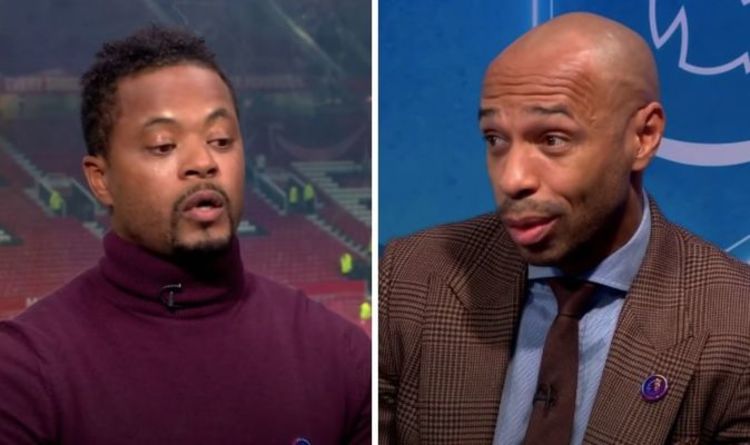 Thierry Henry and Patrice Evra believe Michael Carrick may have left Manchester United before being told there was no place for him in Ralf Rangnick's coaching staff, so he departed on his own accord after the 3-2 win over Arsenal at Old Trafford last night. The Red Devils caretaker manager leaves with his head held high having stabilised the team's results following the sacking of his former colleague Ole Gunnar Solskjaer.

Carrick had also planned to leave before being asked to take control of the first team following Solskjaer's dismissal.

He was keen to ask for the Norwegian's blessing before continuing to work but now Carrick has finally decided to take a step back from United to spend some time with his family.

The caretaker manager revealed he was yet to speak to Rangnick, which in the view of Henry, would suggest he did not have a future under the German.

Thierry Henry and Patrice Evra were in agreement that Carrick may have left before he was let go (Image: Amazon)

Henry told Prime Video: “I’m also shocked and surprised but you need to know when you bring in someone new, then he might bring people with him.

“I’m not saying that’s right or wrong, but when you employ someone who might want to work with people he’s used to working with, so I can understand that side of the argument.”

Before later adding: "There's one thing that I want to add, you said at the beginning of the show that Rangnick still didn't speak to him.

"Those were his words, maybe that had an impact on his decision but he's 'okay, it looks like it might be my last game and no one spoke to me.'

"Sometimes you like to go ahead of what might happen but what a servant to this football club."

Former France team-mate Evra was in total agreement: "He is right and it is his decision but I join Thierry in that, 'I leave the club, before the club kick me out,’ because if you don’t even speak with the new manager it is a strong sign.

"Almost like, ‘we don’t want you anymore.’ I respect him, he will spend more time with his family."

Speaking to Amazon's Gabriel Clarke after the match, Carrick made it clear that the bombshell was entirely his own decision.

He said: “It’s not been an easy decision to make, but I feel it’s the right one. I was meant to take some time off when I finished playing. I promised my family we’d have some time together and it hasn’t happened!

“It’s 100 per cent my decision. We’ve worked so hard to try to bring some success here in recent years, and it’s difficult when you don’t quite get to those heights. But I’ll have great memories of working with great people.

And when quizzed on whether he has a future in management, Carrick revealed he has not yet thought that far ahead...

“I can honestly say I’ve given no thought to whether I’ll coach again," he continued.

"I’ve been so focussed on this game that I haven’t even thought about what I’m doing tomorrow! Whatever happens next, happens next. No agenda, nothing going on, just take a deep breath.”