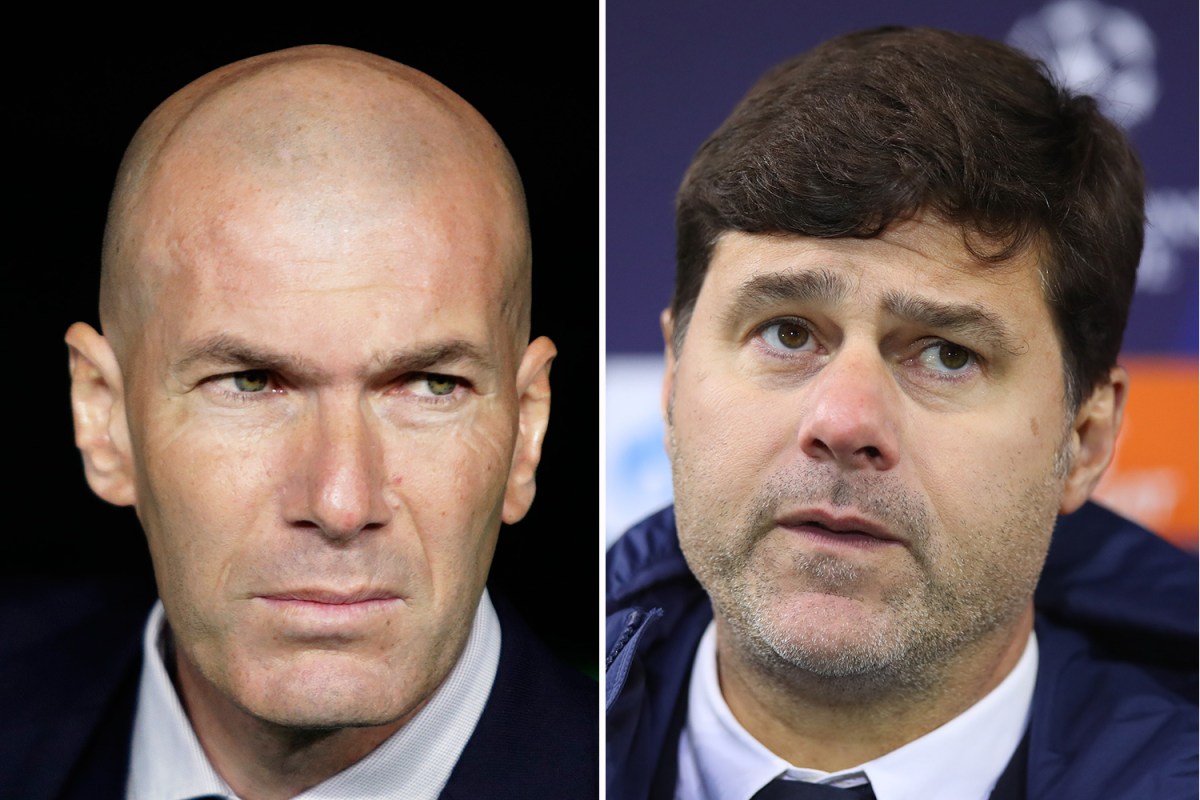 MAURICIO POCHETTINO would have reportedly been given the green light to leave PSG in the summer if two specific conditions had been met.

If Manchester United had paid £17million for Pochettino, and Zinedine Zidane replaced him, PSG bosses were willing to let the Argentine depart.

Pochettino joined PSG as boss at the start of the yearCredit: Getty

Zidane has been out of management since leaving Real Madrid in the summerCredit: AP

Pochettino was linked with the Old Trafford job before Ralf Rangnick was appointed as six-month interim boss on Monday.

And PSG would have sanctioned a deal had their terms been met, according to French outlet Telefoot.

The ex-Spurs manager is still being linked with a Premier League return in the summer, but he could have been back this month.

That's if United has bought Pochettino out of his contract at the Parc des Princes which runs until June 2023.

From there he still would have only been allowed to leave if Zidane was waiting in the wings to replace him.

In the end the club never approached Zizou - who was also linked with the Manchester United job - to take over.

And United themselves reportedly never contacted PSG in an effort to nab Poch.

But with Rangnick set to transition into a consultancy role at the end of the campaign, Pochettino remains linked with the managerial position.

Leicester boss Rodgers has continually stressed his commitment to the Foxes.

Pochettino too remained coy at the weekend in response to being questioned about his future.

Pochettino told CBS Sunday: "We are always focused on the football – our games and our work. It is not us, nor the club, who generate these situations. It does not affect us.

"I am focused on PSG. We are used to rumours arriving. When they do arrive, it is a good sign that there are many of them – it is a sign that we are doing good work.

"We are calm and humble. It is not us creating these rumours."

Darren Bent says that Mauricio Pochettino is not an elite manager