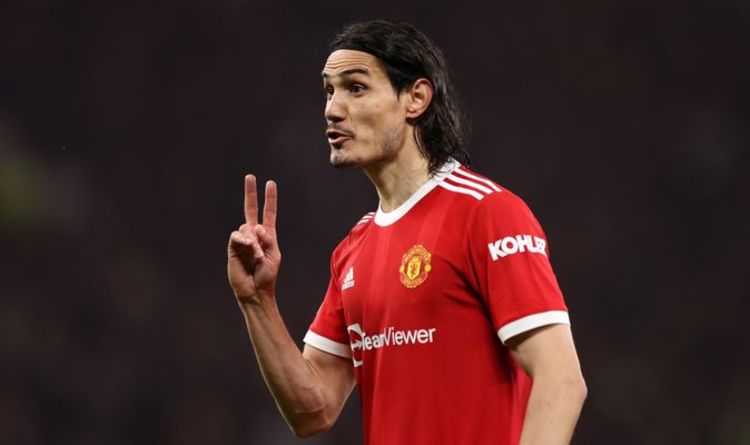 Edinson Cavani has offered Jadon Sancho a key piece of advice for how to succeed at Manchester United after the winger scored his first Premier League goal for the club. Sancho has struggled since joining the Red Devils from Borussia Dortmund for £75million in the summer.

The England international found it hard to force his way into Ole Gunnar Solskjaer’s plans, with the Norwegian frequently playing him out of position.

Solskjaer was sacked following a humiliating defeat to Watford, a game that Sancho played all 90 minutes of from the right wing.

But the 21-year-old has been a player reborn under caretaker boss Michael Carrick, who has started Sancho in both of his games in charge.

Sancho has repaid his temporary manager in some style by opening his United scoring account to secure a two-game unbeaten run.

His first goal in United colours came against Villarreal last week when he fired a shot in off the crossbar to confirm their place in the Champions League knockout stages.

He backed up that strike by putting United ahead in their visit to Premier League leaders Chelsea on Sunday.

Sancho had been selected as part of a front two alongside Marcus Rashford and capitalised on a Jorginho mistake to race through on goal.

The England star stayed calm to bamboozle Chelsea keeper Edouard Mendy and slot in to give United a shock lead.

And Sancho’s team-mate Cavani has now urged the youngster to continue to maintain his performance levels in training to keep his run going.