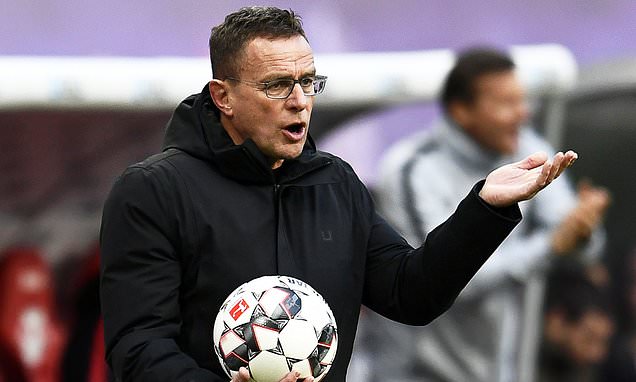 Ralf Rangnick must convince an FA panel of his managerial credentials to secure a work permit, although Manchester United remain optimistic the German will be able to take charge of his first game against Crystal Palace on Sunday.

United confirmed on Tuesday that caretaker boss Michael Carrick would oversee a third game — at home to Arsenal at Old Trafford on Thursday night — while Rangnick waits for his paperwork to come through.

The 63-year-old flew into the UK on Monday night, ahead of stricter Covid restrictions coming into place hours later, and is believed to be staying at a Manchester hotel.

It is understood that Rangnick does not meet the FA’s criteria for a Governing Body Endorsement (GBE) because he has not managed a top-flight club in Europe for long enough in the last five years — either two years consecutively or three years cumulatively.


Although Rangnick twice took charge of RB Leipzig in the 2015-16 and 2018-19 seasons while also working as the club’s director of football, that is not enough to qualify automatically for a GBE — as Antonio Conte did when taking over at Tottenham a month ago because of his recent stints at Inter Milan and Chelsea.

United sources argue that Rangnick has held other senior roles at RB Salzburg and Lokomotiv Moscow but, technically, he has not worked enough in this period as a manager.

His GBE will need to be approved by a three-man exceptions panel appointed by the FA, and chaired by a legal professional and two other figures with a background in football, before he can be granted a work permit by the Home Office.

United are hopeful it will come through before the end of the week, enabling Rangnick to be in the dug-out against Palace.

However, Thursday’s match against Arsenal has come too soon and Carrick will stay in temporary charge after guiding United to a Champions League group win over Villarreal and a Premier League draw at Chelsea since Ole Gunnar Solskjaer was sacked 10 days ago.

A club statement on Tuesday read: ‘Michael Carrick will remain in caretaker charge for the game against Arsenal on Thursday.

‘Ralf Rangnick was announced as interim manager on Monday but, while the club follows the regulatory process around a work visa, Carrick will continue at the helm.’