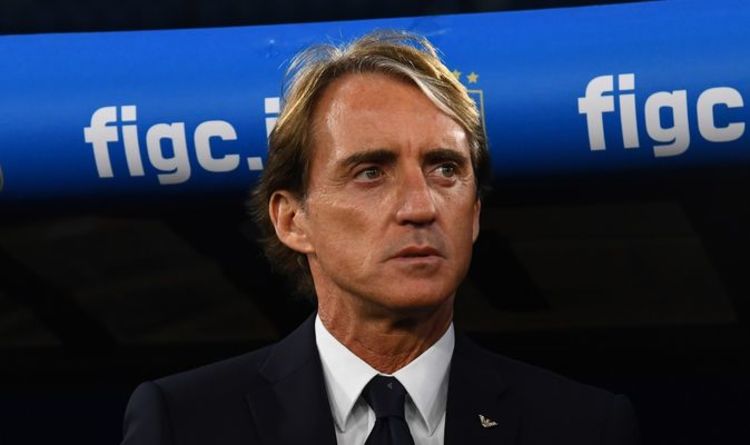 Manchester United could turn Roberto Mancini's head if they approached him over the managerial position next summer, just months before the 2022 World Cup in Qatar. Italy are still in contention to qualify, but the prospect of a Premier League return may change Mancini's plans.

On Monday, United announced Ralf Rangnick's arrival as interim manager until the end of the season.

Rangnick could be in contention to remain in his post permanently if his initial six months are successful.

But the 63-year-old is likely to take up a two-year-long consultancy role from next season, which will include having a big say in his successor in the dugout.

And The Telegraph claim that Mancini has emerged as a 'wild card' candidate for the job, despite his former ties with Manchester City.

JUST IN: Chelsea star Thiago Silva hits out at Scholes over Ronaldo comments

The report suggests United's potential interest in Mancini is mutual, and the Old Trafford hot seat could tempt him.

A return to the English top-flight is thought to appeal to the 57-year-old and could lure him away from his lucrative deal as Italy manager.

However, he's under contract with the national team under 2026, and he is currently 'firmly committed' to his role.

Mancini's history at the Etihad Stadium could also cause complications, although he hasn't been discounted yet as a result.

Roberto Mancini has been a huge success as Italy boss. (Image: GETTY)