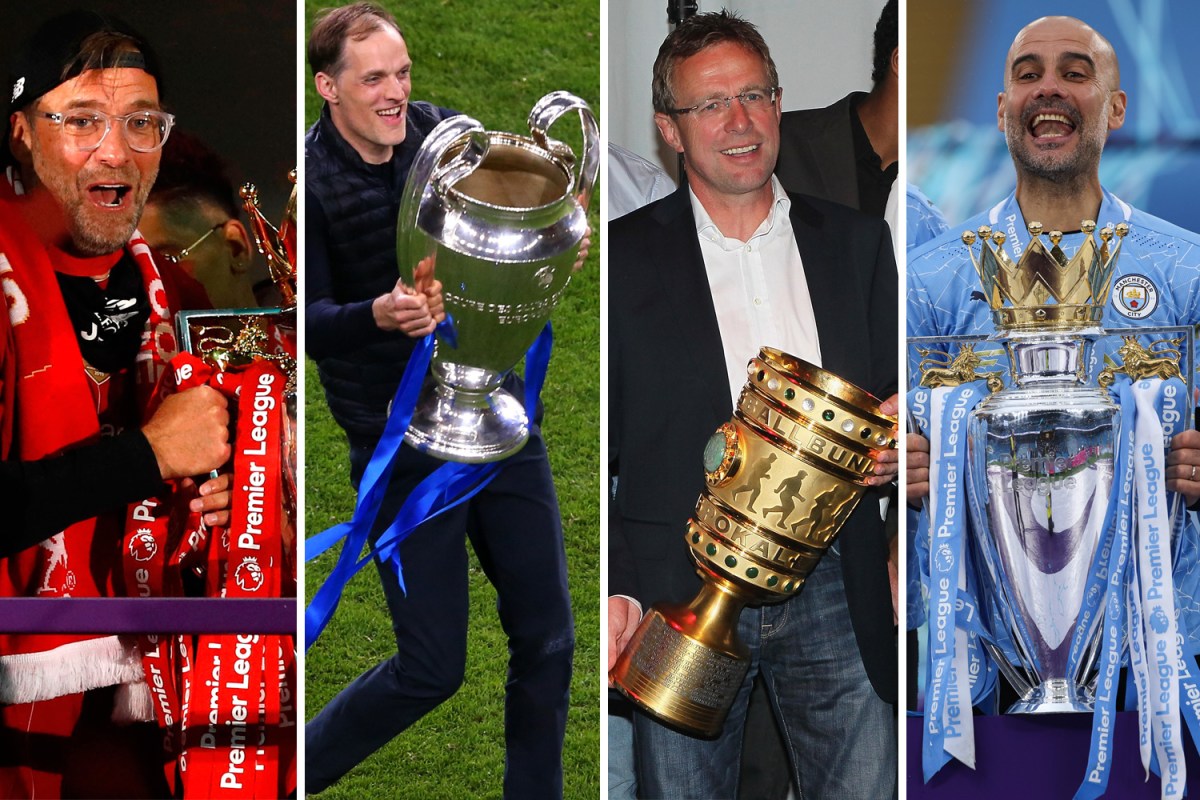 Manchester United have appointed the 63-year-old on an interim basis until the end of the season following the sacking of Ole Gunnar Solskjaer.

The ex-RB Leipzig gaffer - tasked with securing a Champions League spot for next season - has been given an £8million-a-year contract at Old Trafford.

Former Blackburn striker Chris Sutton believes that United will finish in the top four under the tutelage of Rangnick as he backed the club to shoot up the table.

But fans will have to wait for Rangnick's first match in charge due to visa issues, leaving Michael Carrick to oversee Thursday's match against Arsenal.

And United are scrambling to have things sorted by the time they host Crystal Palace on Sunday.

With fans excited to see how United will look under Rangnick, supporters may have to settle for a season without trophies judging by his silverware record.

From his 38 years of management, Rangnick has won just one major honour - the German Cup with Schalke in 2011.

He did win the now-defunct German League Cup with the Royal Blues in 2005, though this can hardly be considered a major trophy as only six teams competed.

And he also guided Schalke to Super Cup success in 2011, though the trophy isn't considered a major honour.

He has won three league titles each at Barcelona, Bayern Munich and City, along with two Champions Leagues with the Blaugrana.

Liverpool manager Jurgen Klopp has won five major trophies from his time at Borussia Dortmund and now at Anfield.

He oversaw two Bundesliga championships in Germany along with the DFB-Pokal during BVB's historic 2011-12 double season.

The German then won the Champions League with the Reds in 2019, before winning the top-flight the following campaign.

His first honour came during his time at Dortmund where he won the German Cup in 2017.

After linking up with PSG, he won the Ligue 1 title twice, along with the French Cup.

And after joining Chelsea earlier this year, he guided the club to European Cup glory after they beat City 1-0 in the final.