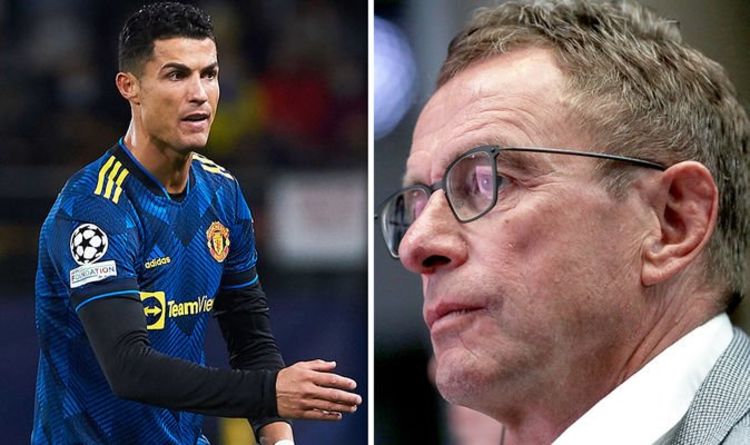 Manchester United interim boss Ralf Rangnick needs Cristiano Ronaldo on his side for both the short and long term, claims Bundesliga expert and former Norway striker Jan Aage Fjortoft. Rangnick has been appointed United interim manager until the end of the season. The German will then take up a two-year consultancy role at Old Trafford.

The role of Ronaldo under Rangnick has come under question in recent days.

The Portuguese superstar was left out of the United starting XI against Chelsea on Sunday, with former Red Devil Gary Neville believing Rangnick had some impact on selection despite not officially being appointed in his new role yet.

Rangnick is famed for a 'gegenpressing' style, an approach many feel will not be suited to 36-year-old Ronaldo.

And secondly, Fjortoft reckons Ronaldo's performances could save Rangnick from the sack before his six-month tenure comes to an end.

Speaking to ESPN FC, Fjortoft said: "First of all, Ralf Rangnick is the professor of German football and he goes in there with a great reputation, but he will have the same rules as any other coach - he has to win football games.

"If you have a look at the scoring list of Manchester United, he has scored 10, Ronaldo.