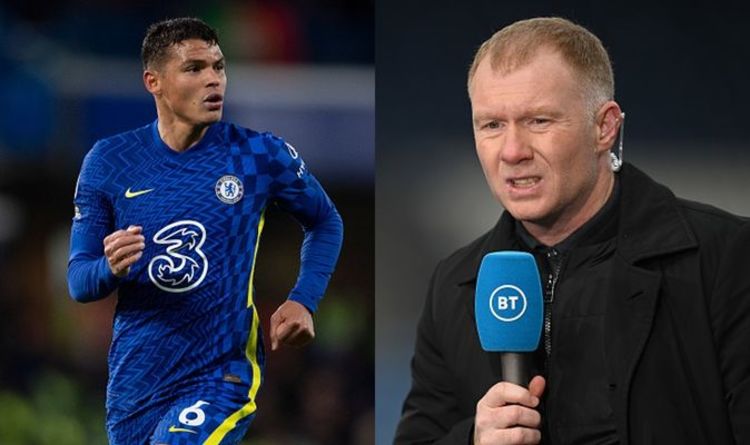 Paul Scholes took something of a swipe at Chelsea defender Thiago Silva over the weekend ahead of their clash with Manchester United. The former Red Devil claimed going up against Silva "couldn’t be any better" for Cristiano Ronaldo.

Chelsea star Thiago Silva has hit back at comments from Paul Scholes directed at him after last weekend's clash against Manchester United.

Silva, 37, started his fifth consecutive Premier League game as Chelsea battled to a 1-1 draw against United.

With caretaker boss Michael Carrick at the helm, eyebrows were raised when Cristiano Ronaldo was left out of the starting line-up.

And one of those to question the call from his former Old Trafford team-mate was club legend Scholes, who insisted that Ronaldo would have been licking his lips at the chance to face the experienced Silva.

JUST IN: Two demands made of Chelsea boss Thomas Tuchel to beat rivals to title

"I don’t understand it. Of all the big games, you think about Manchester City or Liverpool, I think today is probably the best one for Cristiano.

"You’re playing against Thiago Silva, don’t get me wrong, a brilliant centre-half, [but he’s] 37 years of age. It couldn’t be any better for Cristiano, really."

Ronaldo came on off the bench to face Silva but could not find the back of the net (Image: GETTY)