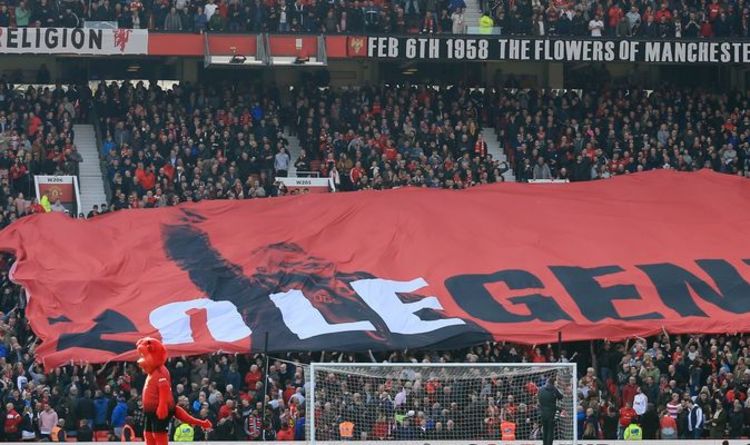 Former Crystal Palace chairman Simon Jordan has launched a scathing attack on Manchester United fans amid their plans to unfurl a banner in support of Ole Gunnar Solskjaer ahead of their match against Arsenal on Thursday. The clash against the Gunners will be the first game to be held at Old Trafford since club legend Solskjaer was sacked as manager.

And it has been reported that a massive banner will be passed around the Stretford End ahead of kick-off bearing the words: "20 LEGEND", with reference to the number of Premier League titles the Red Devils have won along with Solskjaer's first name.

Speaking on talkSPORT, Jordan was left baffled by the gesture, and said he couldn't understand why the home faithful would want to celebrate what was a fairly mediocre three years under Solskjaer.

“Three years of your life you will not get back, three years wasted while your rivals have disappeared further and further over the horizon.

“He’s got his reward. He did his interview where we all got our handkerchiefs out and we’re all so pleased that he made so many friends and he reignited so many acquittances.

“He’s travelling off somewhere with a big bag of money that you guys have helped pay for.”

Jordan didn't stop there, insisting that it summed up how far United have fallen from serial winners to a club he thinks are too obsessed with the past.

"With the best will in the world, Manchester United are a winning football club,” he added.

“The motivations behind Manchester United’s desire is to win and you’ve just had three years of your life taken away from you by somebody who ultimately wasn’t fit for purpose.

“Whilst I’m sure he’s a charming individual with the best intentions in mind, running around celebrating mediocrity surely shouldn’t be what Manchester United fans are all about.”

Ralf Rangnick was announced as Solskjaer's replacement on an interim basis until the end of the season earlier this week.

But the German will not be able to take charge on Thursday as he waits for a work visa to come through, meaning Michael Carrick will continue in the dugout for now.

United have beaten Villarreal and drawn with Chelsea under the guidance of Carrick so far.

And they will be hopeful of another positive result at Old Trafford, which would get them back in the running for a place in the top four.

Arsenal, though, are the form side in the division, and have lost just one of their last 12 games in all competitions.