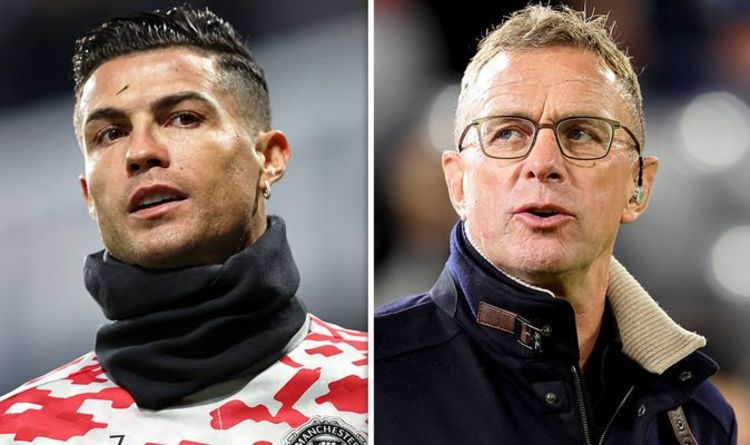 Manchester United interim boss Ralf Rangnick has been urged to experiment with a new position for Cristiano Ronaldo in order to fit him into his style of play. Rangnick was appointed United manager until the end of the season on Monday. The German will not be in charge of the match against Arsenal on Thursday as he awaits his visa.

Ronaldo was dropped from the United starting XI on Sunday by Michael Carrick.

Carrick denied that was the case but Ronaldo's position in the team under Rangnick is in question.

Rangnick is regarded as the creator of the 'gegenpress', a high-pressing style of play which some feel would not suit Ronaldo.

But former Liverpool and West Ham midfielder Don Hutchison reckons there is a way around it for Rangnick.

Hutchison says Ronaldo should be used as a No 10, similar to the position United legend Eric Cantona played.

He told Premier League Productions: "Turn him into a No 10. When you think of Arsenal and they had Thierry Henry or Ian Wright, they had Dennis Bergkamp.

"Man United had Cantona. Play him as a 10. Just give him a little bit of a free role but have a structure behind him."