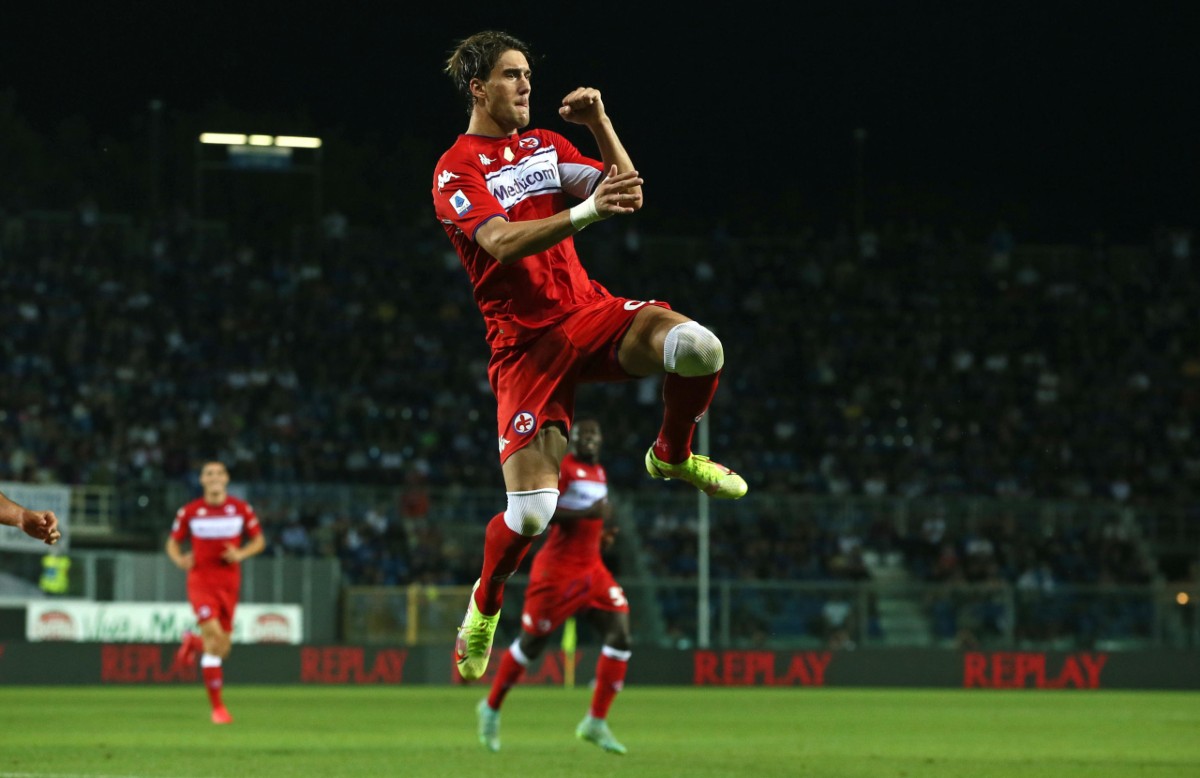 The Serbia international has shone in Serie A in recent times and it seems only a matter of time before he earns himself a big move to one of Europe’s giants.

Chadwick believes Man Utd could do well to be in the race for his signature, along with Borussia Dortmund’s Erling Haaland, due to the fact that they could soon do with replacing ageing duo Cristiano Ronaldo and Edinson Cavani.

Vlahovic has been linked with the Red Devils by the Daily Mail, and Chadwick spoke exclusively to CaughtOffside about the need to make a signing up front like this.

“I’ve not seen a huge amount of him but have read really good reports come through, and the stats he’s got this season have been really good,” Chadwick said of Vlahovic.

“Obviously United have got Ronaldo and Cavani for this season, but you would imagine they are looking for players for the future in that position, maybe keeping tabs on Erling Haaland as well.

“I’m not sure they’ll be buying a striker in January, and I imagine to attract a player like Haaland or Vlahovic they need to be doing a lot better than they are. If they can get him, he does look like a player with a huge amount of potential, as he’s showing in Serie A.”

The Frenchman has fallen out of favour at United and Mundo Deportivo have linked him as a surprise target for Barcelona, despite his relative lack of form in the Premier League for the last year or more.

Chadwick rates Martial highly, but admits it might be for the best for everyone involved if he now moves on to try a different challenge.

“Martial’s a hugely gifted player. He’s had some really good spells at United but some indifferent ones as well,” Chadwick said.

“In terms of a move to Barcelona, I don’t think it would be hugely surprising – for one thing they’re not really the force they once were, or have the kind of squad they’ve had in the past.

“Martial could go there and get in and around that Barcelona team, but again he’s another player who can show his talent in the next few weeks under the new manager, so you don’t know what will happen.

“Still, he’s been here for a while and if a wonderful football club like Barcelona come in for him, it might be the right move for him.”