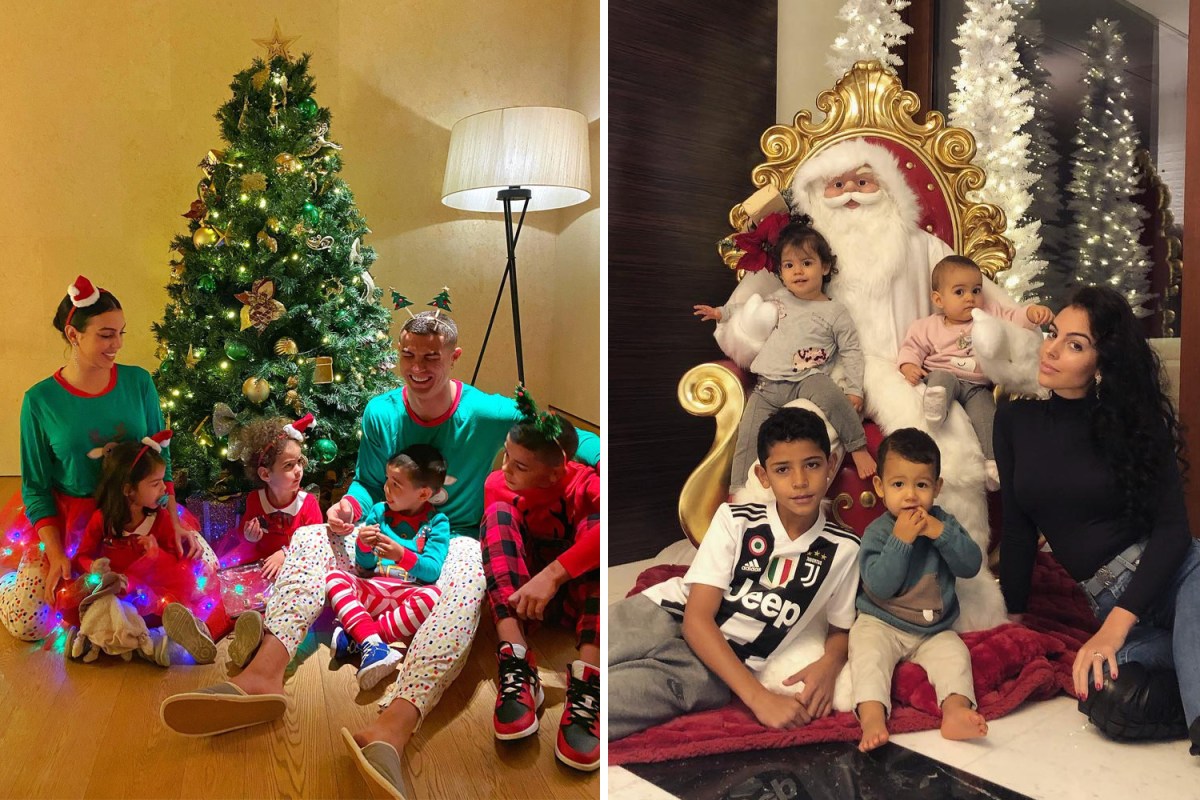 CRISTIANO RONALDO'S family are planning a huge get-together in Manchester this Christmas.

The Old Trafford striker’s Brazil-based sister Katia Aveiro revealed they are organising a festive season reunion in a question and answer social media session with fans.

Cristiano and Georgina love having all the family aroundCredit: Instagram @cristiano

When asked what she'd be doing for Christmas, the singer-turned-influencer, who ended up in hospital after going down with Covid earlier this year, said: “If this mad world and the variants all over the place let me, it will be in Manchester God willing.”

Katia is expected to travel from her home in southern Brazil with her husband and two children.

Her siblings Hugo and Elma and their mum Dolores will make the journey from the family’s native Madeira.

It is not yet known if they will be joined by relatives of Cristiano’s partner Georgina Rodriguez.

The 27-year-old is pregnant with twins and her sister Ivana is also expecting her first child with her painter and sculptor partner Carlos Garcia.

Dad-of-four Cristiano spent last Christmas soaking up the sun in Dubai with Georgina.

As well as winding down during a break in his busy football calendar while he was still at Juventus, he attended the Dubai Globe Soccer Awards where he was voted Player of the Century.

Georgina has already been posting photos on social media showing the frost-covered garden of their Cheshire home.

She wrote over one she published on Monday morning: “8am and minus three degrees Celsius."

The footballer blasted France Football supremo Pascal Ferre ahead of the Ballon d’Or ceremony in Paris last night night after he claimed the Man United star's only ambition was to end his career with more trophies than Lionel Messi.

Cristiano posted a long statement on his Instagram accusing Ferre, one of the organisers of the prestigious award, of 'lying and using his name to promote the publication he works for.'

Ronaldo's sisters and mum Dolores will be at close quartersCredit: AFP - Getty