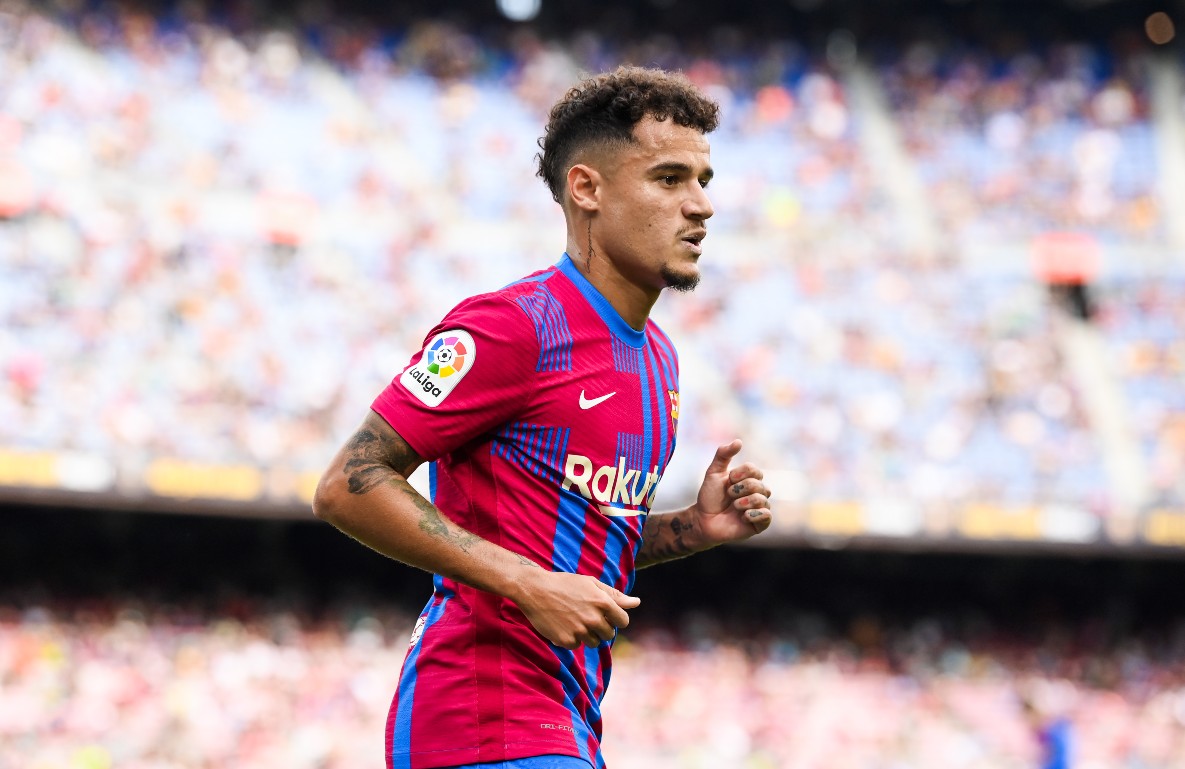 Following what has been a hugely problematic couple of years at the Nou Camp, Barcelona, now managed by former midfielder Xavi, are looking to turn their on-field fortunes around.

Despite being nowhere near a force financially, that hasn’t stopped Xavi from targeting some of the sport’s biggest names.

Not only are the Catalan side understood to be trying to sign Ferran Torres from Manchester City, but two other attacking options have also emerged.

According to a recent report from Spanish outlet SPORT, the La Liga giants have identified Manchester United duo Anthony Martial and Edinson Cavani as two potential candidates to make the switch to Spain.

However, unlikely to be able to afford either player outright in January, Barcelona have reportedly included wide-attacker Philippe Coutinho, into their proposal.

Philippe Coutinho is being linked with a move to either Manchester club.

The Red Devils are believed to have very little interest in the former Liverpool attacker, but they are aware that rivals Manchester City have also been offered the same player.

Admittedly, it is rare that former players of Liverpool and Manchester United end up transferring to the other but it has been known to happen on occasions.

Despite feeling like he’s been around for many seasons, Coutinho is still just 29-years-old and would undoubtedly have a lot to offer to the right club.

However, whether that club is Manchester United – I am not so sure.

The Red Devils have struggled to find the right balance in their squad and with the likes of Jadon Sancho, Marcus Rashford and Martial all previously rotating between the left-wide position.

It is clear the club lacks direction and although the impending arrival of Ralf Rangnick should help, it is going to take a lot more than Coutinho to get the club back to where they were.