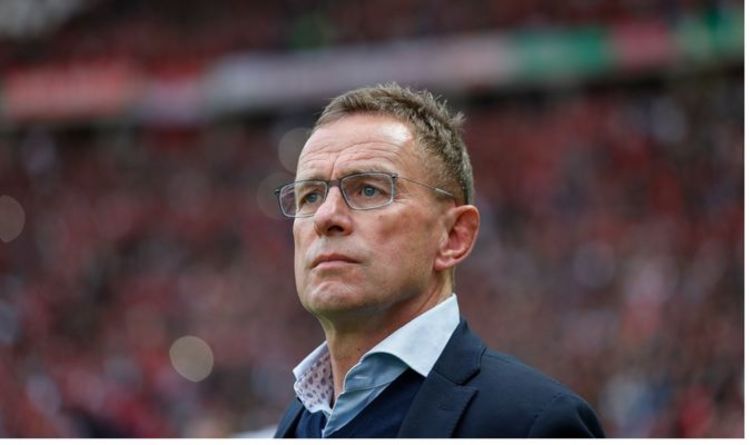 Ralf Rangnick's appointment as interim manager at Manchester United on Monday brought about a plethora of promise to the club after the sacking of Ole Gunnar Solskjaer. Yet it appears the German will have to wait even longer to manage the Red Devils after failing his automatic work permit - with his application now in the hands of an FA-appointed independent panel.

Rangnick, 63, was signed on a deal unti the end of the season as United's interim manager after Ole Gunnar Solskjaer was sacked following a humiliating 4-1 defeat to Watford a week prior.

Having been in a development director's role at Russian outfit Lokomotiv Moscow, Rangnick made the switch over to England in a bid to transform United until the end of the season, where he would subsequently take on a director's role at Old Trafford.

Michael Carrick took charge of their game against Villarreal last Tuesday, and it appeared Rangnick would come in for the game against Arsenal on Thursday having been appointed mere hours after the well-fought 1-1 draw at league leaders Chelsea.

However, the German may be made to wait before taking to the dugout, with a report by the Telegraph claiming that his recent career away from coaching means that he does not meet the automatic criteria for a work permit.

Having last been in a coaching role at the end of June 2019, Rangnick's two-and-a-half year hiatus from the managerial side of the game means that he is not eligible for a work permit as he hasn't managed long enough to earn a permit.

The lack of a work permit for Rangnick doesn't allow him to take training or manage a game, and therefore Michael Carrick will continue as caretaker boss for the foreseeable future.

According to the report, there is a possibility that the application may have already been seen by the independent FA panel, leaving the move in a potential limbo despite the announcement on Monday.

And the club have accepted that the ex-RB Leipzig manager will have to endure an FA-described 'Exceptions Panel' - essentially a pathway to gaining a work permit from the Home Office.

The Telegraph further goes on to state that post-Brexit, EU-based managers must show that they have managed at a high level for five years, with the FA administrating the verification.