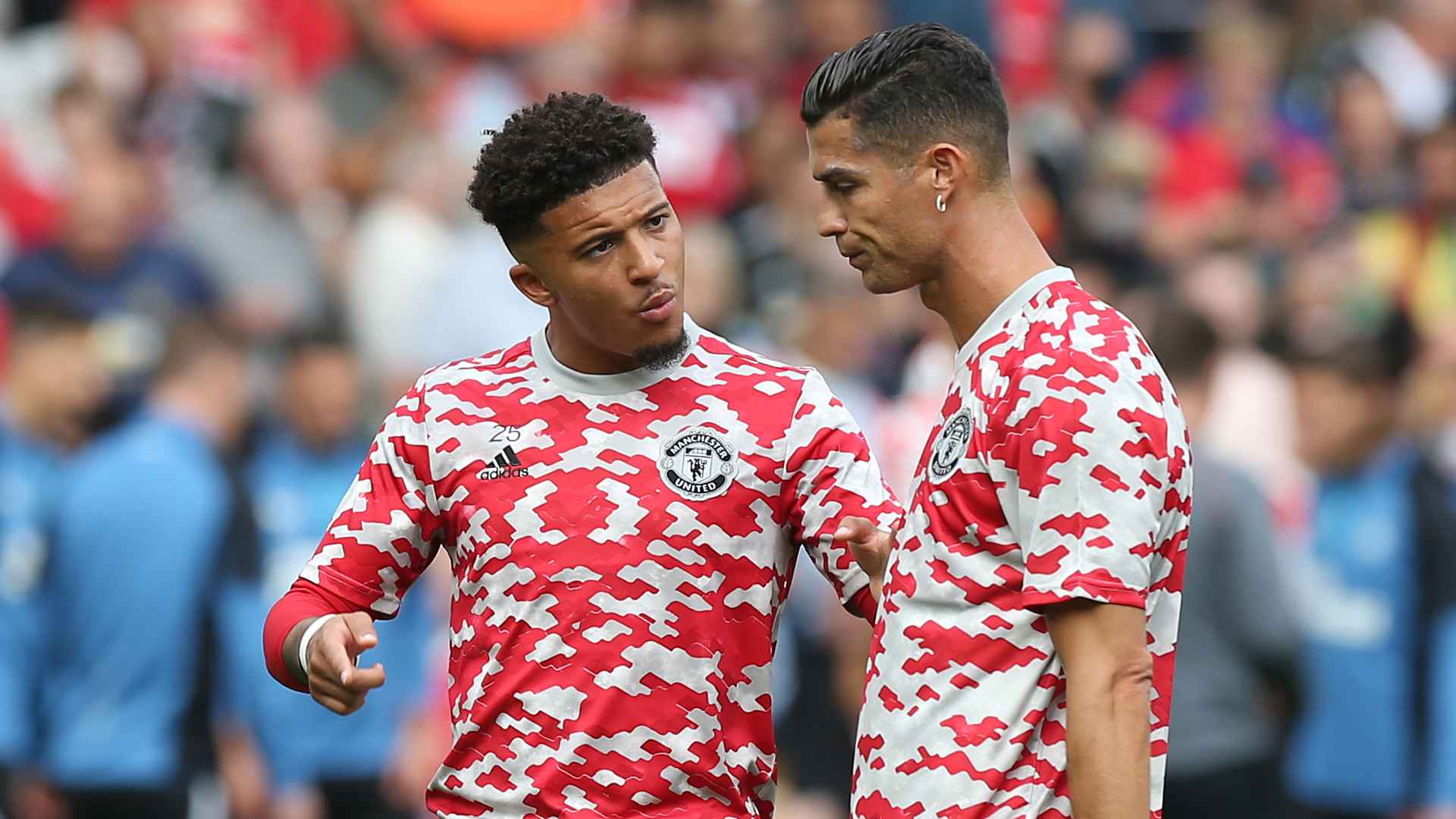 Three players are in the frame for Manchester United's latest Player of the Month accolade.

The Reds steadied the ship at the end of a difficult November with a win at Villarreal that ensured top spot in Champions League Group F and a hard-fought draw away to Premier League leaders Chelsea.

The five games across the month were not without frustration, with the defeats to Manchester City and Watford, but the 2-2 draw at Atalanta was a positive result with Cristiano Ronaldo scoring twice in Bergamo.

In choosing our three nominees, it is worth mentioning Fred was close to making the shortlist for the first time this season after some energetic displays caught the eye. The Brazilian's midfield partner Scott McTominay also earned support but the choice is between David De Gea, Ronaldo and Jadon Sancho.

Read our short summaries of their contributions and then please cast your vote to decide who picks up the trophy.

The Spaniard has continued to perform at a high standard and was Man of the Match in the draw at Chelsea, making a couple of crucial saves in the first half to keep the Reds level. A clean sheet was secured in the 2-0 triumph in his homeland, against Villarreal, when he was also close to earning the star-man award, only to be edged out by Sancho in a tight vote.

There were a string of stops that deserve credit over the course of the month but one spectacular save from Manu Trigueros in the Villarreal tie was crucial to securing the valuable three points on the road, and probably the pick of the bunch.

Our no.7 continues to deliver the goods, particularly in Europe, as his two-goal show at Atalanta earned him the Man of the Match prize. The super efforts, at the end of each half, was further evidence of how much he has dominated the Champions League over the years and he was at it again in Villarreal, expertly lobbing the key opener to break the deadlock and set up the all-important victory.

Domestically, he had our only real attempt of note in the derby, with a terrific drive kept out by Ederson, and was close to scoring on a few occasions at Watford, with Ben Foster making one fine save, in particular, to deny the Portugal international. He also supplied the assist, with a header, for Donny van de Beek's goal. Due to tactical reasons, he started on the bench at Stamford Bridge but played his part in helping the side earn a draw after coming on.

The England winger is showing the form that persuaded United to sign him from Borussia Dortmund and is brimming with confidence again. He was a substitute for the first three games of the month, although coming on for defender Eric Bailly at half-time in the derby with former club City.

A start against another of his old sides, Watford, allowed him to begin to get into the groove as he impressed in the second half, linking well with substitute van de Beek, and it was his cross that led to the Dutchman's goal. A Man-of-the-Match display at Villarreal was capped by an excellent first strike in United colours, lashing home in style late on, and he backed it up with a maiden Premier League effort. Robbing Jorginho in the Chelsea half, he displayed coolness under pressure to run through and steer his finish past Edouard Mendy in the Blues' goal.

Please get involved by registering your vote, either on ManUtd.com or the Official App, as we discover who will follow this campaign's monthly winners - Mason Greenwood (August) and Ronaldo (September and October).

The result will be confirmed on Thursday, before the Reds entertain Arsenal at Old Trafford in a 20:15 GMT kick-off.