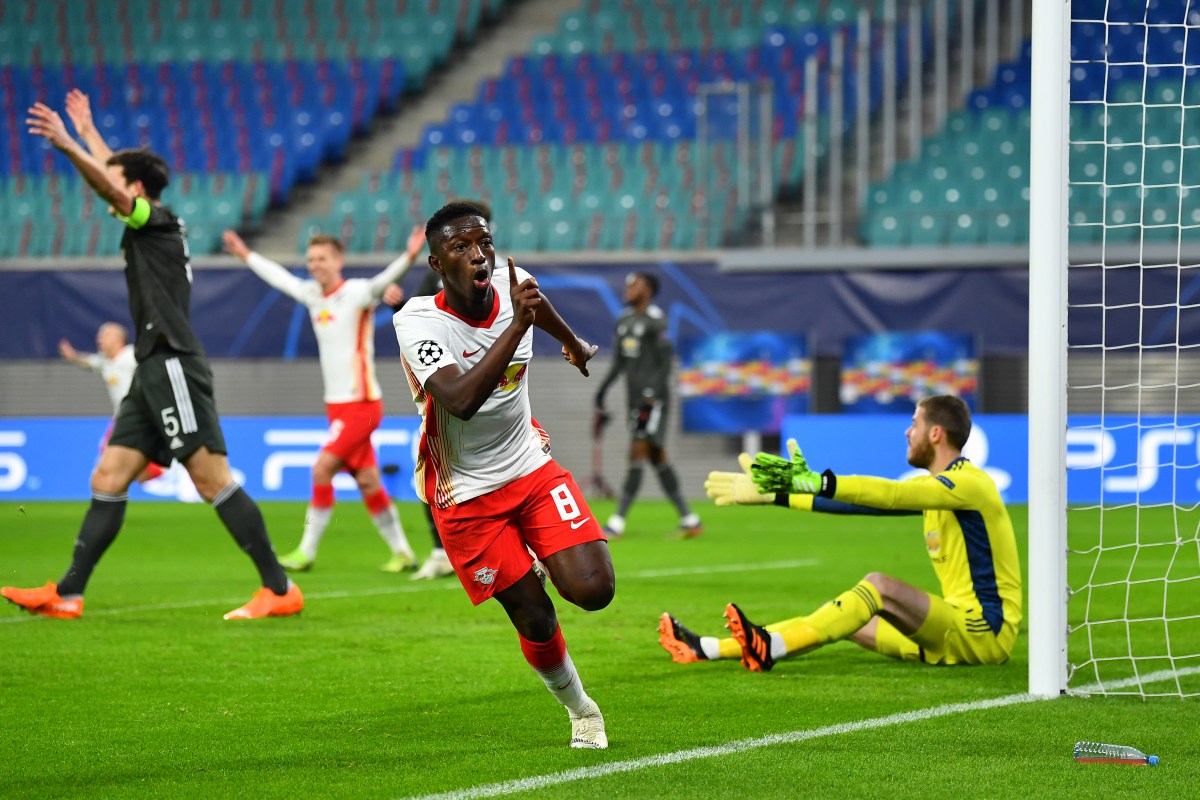 Ralf Rangnick is reportedly targeting a move for Amadou Haidara to implement his pressing style at Manchester United.

Rangnick moved for the 23-year-old Mali international while at RB Leipzig in 2018 and he has played 95 times in three years at the club since.

According to The Times, the German now wants Haidara at Old Trafford following his move to the club.

Haidara is valued at around £33million and is under contact with Leipzig until June 2025.

Newcastle United are leading the hunt to sign Ousmane Dembele, according to Mundo Deportivo.

The Barcelona star has been linked with a move away from the Nou Camp with his contract due to expire next summer.

Manchester United are also said to be keen but it’s the Magpies who are thought to be the more likely destination.

The Barcelona star has been linked with a move to Tyneside

West Ham are set to make a fresh move for James Tarkowski in the January transfer window, according to The Sun.

The Burnley defender is approaching the final few months of his contract at Turf Moor and looks increasingly likely to move on as a result.

With the Hammers having held a previous interest, David Moyes will look to steal a march on the competition with a cut-price move for the player.

Newcastle United could still tie up a deal to sign Philippe Coutinho in January, according to El Nacional.

The Barcelona star has been heavily linked with a move to St James’ Park in recent months but reports cooled with the news that the player may not be interested.

However that stance may change if the Magpies come in with a formal offer in the New Year.

Barcelona star Coutinho could be heading to Newcastle this winter

Wolves are open to selling the winger in the January transfer window as talks over a new contract stall, according to 90min.

Traore has endured a mixed time since moving to Molineux having failed to live up to his undoubted potential on a consistent basis.

Barcelona and Liverpool are both said to be interested in a move for the 25-year-old and could try their luck as his future continues to go unresolved.

CalcioMercato now claims Jurgen Klopp is looking to exploit Wolves’ willingness to sell Traore after being put off by the £42.2m price tag in the summer.

Liverpool are set to lose Mohamed Salah and Sadio Mane in January due to the African Cup of Nations and the Spaniard could act as their replacement.

Former Tottenham striker Darren Bent: “How much could they get him for, Adama?

“In that team he could be unstoppable as well by the way.

“His problem is consistency but I think in that Liverpool team, where they play the high press and high energy, he might be good for them.”