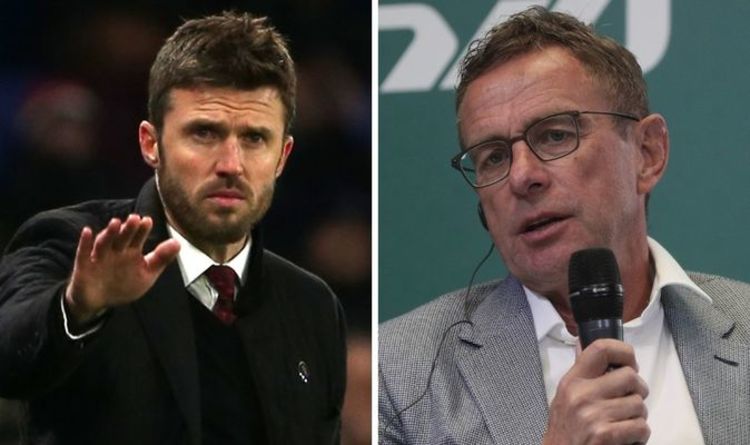 Manchester United's new interim boss, Ralf Rangnick, will seemingly have to wait even longer for his first game in charge of the club. Rangnick was confirmed as Ole Gunnar Solskjaer's replacement on Monday, on a contract until the end of the season after which he will then move into the boardroom in a consultancy role.

The move has been widely praised given Rangnick's experience in helping clubs create a winning formula.

The job at Old Trafford is arguably his toughest test to date though with the Red Devils expected to be challenging for trophies on a regular basis.

Under Solskjaer this season, United have regressed to the point where Rangnick is coming in to salvage what is left of their campaign.

Michael Carrick led United to an important draw against league leaders Chelsea at the weekend after an equally impressive win over Villarreal last week.

JUST IN: Man Utd in Ralf Rangnick battle for new boss to take charge vs Arsenal

Manchester United fans may have to wait for Ralf Rangnick's arrival (Image: GETTY)

Finding some momentum will be key and there's hope that bringing Rangnick in at the very start of the hectic festive schedule will help change things around quickly.

It looked initially as though Rangnick's first game in charge would be against Arsenal on Thursday.

But the Daily Mail now report that club staff have been told not to expect Rangnick at Carrington until the weekend.

It is claimed that new COVID-19 restrictions, along with work permit issues, will prevent the 63-year-old from standing in the dugout against Arsenal.