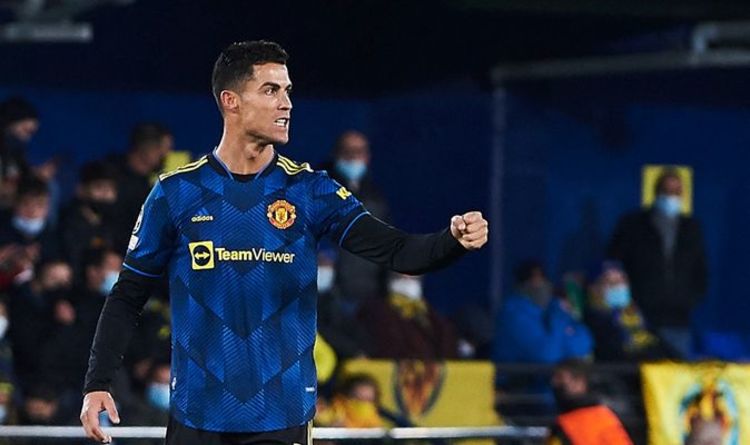 Cristiano Ronaldo has insisted he is solely focused on helping Manchester United achieving their targets this season, after issuing a furious denial to an article which claimed he said he only wants more Ballon d’Or awards than Lionel Messi.

The Portuguese superstar released a statement via his Instagram account to clarify that the quotes attributed to him were fake.

The 36-year-old responded to claims made by France Football director Pascal Ferre — one of the key figures behind the Ballon d’Or — suggesting that Ronaldo’s sole aim in his career was to surpass Lionel Messi’s total of six awards.

Ronaldo currently has five Ballon d’Ors to his name but has not won the gong since 2017 when Real Madrid won the Champions League.

But before the ceremony in Paris on Monday night, the veteran forward made it clear that he is concentrating on working towards being ready to help the Red Devils win silverware this season.

In a defiant post to his 371 million followers, he promised that his sole focus is helping get Man United back on track to win silverware after the club’s disappointing start to the season.

“I will end by saying that my focus is already on Manchester United's next game and on everything that, together with my team-mates and our fans, we can still achieve this season,” he wrote in the post, translated from Portuguese.

Ronaldo doubled down on his ambitions to win more silverware at Man United after failing to win the Champions League in his time with Juventus, although he did claim two Serie titles in his three seasons with the Bianconeri.

Rangnick was appointed as Man United’s new interim coach on Monday after days of speculation linking him with the post, following Ole Gunnar Solskjaer’s sacking on November 21.

The 63-year-old last worked with RB Leipzig until 2019 and had been working as a head of sport development with Lokomotiv Moscow before he was approached by Man United.

It is understood Ronaldo could be one of the players axed by Rangnick as he attempts to shake things up at Old Trafford, with the Red Devils 12 points behind leaders Chelsea after their 1-1 draw on Sunday.

Ronaldo was left out of the starting lineup by caretaker boss Michael Carrick before being brought on later in the game, but it remains to be seen whether he will win back his place under the German head coach.