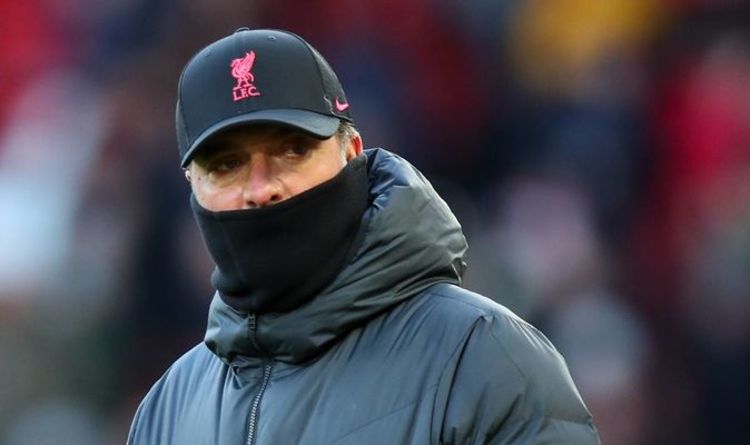 Manchester United’s appointment of Ralf Rangnick will bring a familiar face to the Premier League for a few of their rivals. Rangnick is known as the godfather of gegenpressing, so it is no surprise that he has been a major influence on the careers of Liverpool’s Jurgen Klopp, Chelsea’s Thomas Tuchel and Southampton’s Ralph Hasenhuttl.

United confirmed on Monday that Rangnick had been appointed on a six-month contract as Ole Gunnar Solskjaer’s successor.

The 63-year-old will then move into a consultancy role with the club, while helping to usher in a new long-term manager over the summer.

Klopp knows Rangnick well from his early days in management at Mainz and used to chat regularly on the phone with him when he was in charge of Hanover.

Despite being on good terms with him, Klopp was not best pleased to see United’s decision.

“Unfortunately a good coach is coming to England, that’s how it is, to Manchester United,” Klopp said on Friday.

JUST IN: Ralf Rangnick warned Man Utd players may not respect him

Michael Carrick will continue in his role for the time-being – and could still be in charge for Thursday’s game against Arsenal – but Klopp is right to point out Rangnick’s impressive CV.

He knows better than most how tricky his sides can be to play: Rangnick has faced Klopp 13 times as a manager, winning six, drawing five and losing just twice.

That record is from a period of September 2001 to July 2011 and covers Klopp’s time at Mainz and Borussia Dortmund and Rangnick’s stints at Hanover, Schalke and Hoffenheim.

Klopp has faced 19 managers on more than 10 occasions across his career; Rangick is the only one he has not beaten at least three times.

It is not quite a case of master and apprentice, but as Klopp himself explained last week, Rangnick is just about the most influential German coach of recent times.

Klopp has actually only one five of his 15 games against United, but four of those have come in the past three years.

That impressive run could be challenged by Rangnick’s arrival at Old Trafford. Liverpool’s brilliant form under Klopp over the past few years contrasted massively with the inconsistencies of Solskjaer’s United.

United’s director of football, John Murtough was attracted to Rangnick because of his clearly defined philosophy, tactical acumen and long track record of coaching success.

One of the reasons the sword finally fell on Solskjaer was the embarrassing defeats against Liverpool and Manchester City.

One of Rangnick’s briefs will be to restore some pride against their rivals. Liverpool don’t host United until March 19 in the Premier League. By then Rangnick should have had enough time to impose his ideas.

Klopp should be ready for a serious test of his credentials.