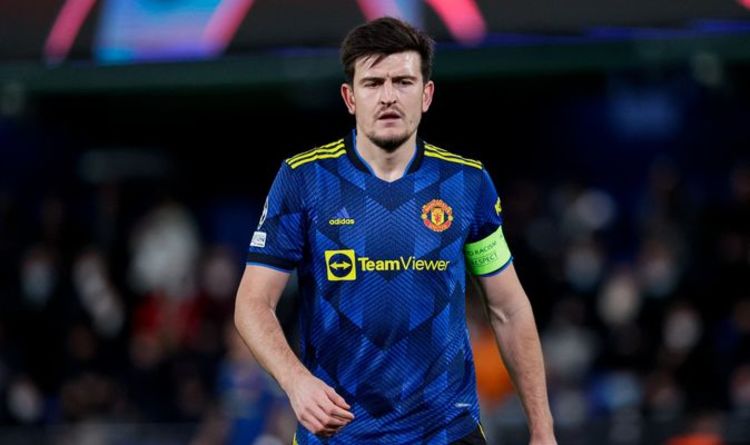 Manchester United finally showed some grit ahead of Ralf Rangnick's arrival in Sunday's 1-1 draw with Chelsea. Although United couldn't quite cling onto the lead that Jadon Sancho gave them early in the second half, they did manage to survive the Chelsea onslaught that arrived soon after Jorginho's penalty had restored parity.

It might not have been pretty, but a point at Stamford Bridge this season isn't to be sniffed at; especially coming off the back of United's 2-0 win over Villarreal to seal their spot in the next round of the Champions League.

United were missing captain Harry Maguire after his red card in the 4-1 loss at Watford last weekend, but Eric Bailly stepped in admirably to keep the free-scoring league leaders at bay.

And although the duo are rivals for a first team spot, Bailly's improved performance in London can actually be good news for United's beleaguered captain in the long run.

The England ace has been in woeful form this season and appears to be suffering from a Euros hangover. Unfortunately for Maguire, there's nowhere to hide when you're the captain of Manchester United.

Harry Maguire has been in awful form this season (Image: GETTY)

If there's one thing Maguire could do with right now, it's being taken out of the firing line. Although his red card against Watford last weekend ensured he'd be spared going up against Chelsea, he's available for Thursday night's clash with Arsenal.

But he should be left out again for his own good - particularly in the wake of Bailly's performance against the Blues.

He put in an accomplished display at Stamford Bridge, barely putting a foot wrong against the Premier League's early pacesetters.

His display made a mockery of Ole Gunnar Solskjaer's decision to persist with a half-fit Maguire during the final days of his tenure; something that Bailly himself reportedly called the Norwegian out on.

Manchester United have turned to Ralf Rangnick in an attempt to salvage their season (Image: EXPRESS)Eric Bailly impressed against Chelsea and can help take the heat off Maguire (Image: GETTY)