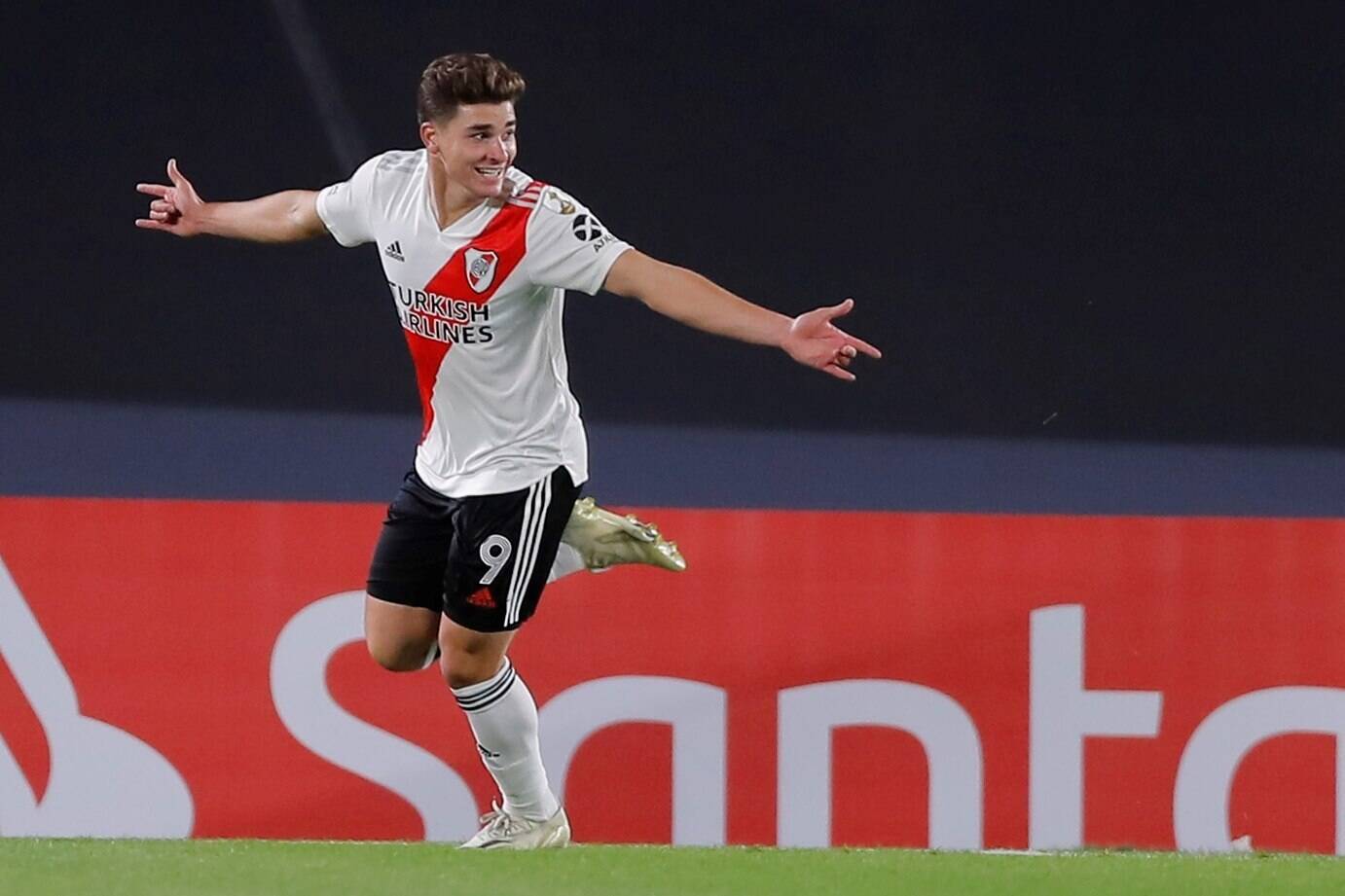 Now with the 2021 season wrapping up, the forward will have to ponder on his future. Álvarez’s contract expires next December, and if River Plate can’t reach an agreement with their striker, they’ll have to listen to offers.

Two clubs reportedly making their way into the pursuit for one of the bright young talents in South America are Manchester City and Manchester United.

According to Italian media outlet Calciomercato, the two Premier League sides have different motives for pursuing the Argentine forward.

Manchester City needs a striker; they can only go so far playing with a false nine. The last time they counted on a goal-scorer was an Argentine in Sergio Agüero, so why not go back to the nationality again to fill that role?

As for Manchester United, it seems The Red Devils want to add some youth to the group. Edinson Cavani and Cristiano Ronaldo are in the twilight of their career; meanwhile, Jesse Lingard and Anthony Martial have their names on the list of possible departures.

The two Premier League sides will compete with other European heavyweights as AC Milan, Inter Milan, and Real Madrid also have an interest in the young forward.