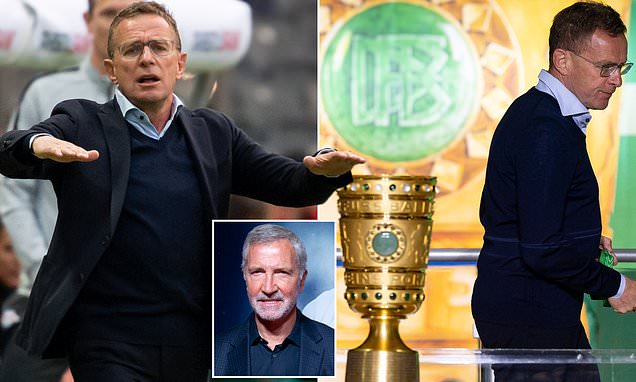 United confirmed Rangnick as interim manager at Old Trafford on Monday following the departure of Ole Gunnar Solskjaer after a disastrous run of results ended in a humiliating 4-1 defeat to Watford.

The 63-year-old German has left his role as director of sports and development at Lokomotiv Moscow to take charge on a six-month contract until the end of May, before staying on at Old Trafford in a consultancy role for a further two years.

But Liverpool legend Souness claimed he did not understand United's decision to bring Rangnick in as the club need 'someone who will make an immediate impact'.


'This is the third interim manager since Fergie went. I don't get it,' Souness told talkSPORT before the appointment was confirmed.

'The man Rangnick's CV is not one you would go 'wow' and doesn't jump out at you. He's not been super successful. I think he's won one trophy.

'His talent would appear, and we will find out, to go into a football club and develop the structure and improve in a five to ten year period.

'That's what you are judged on. You walk into a football club, get the best out of the players and then if you are there long enough you can bring your own ones in to kick on.

'Right now, Manchester United have an underperforming squad of players.

'Will this new guy, who has never been in the Premier League be able to do that? I don't think so.

'I don't get this appointment on any level. If you are thinking about five or ten years time and the structures he might put in place [okay], [but it's] six months and then he's going to take a nice consultancy role?

'A nice pension for him, 63 years old, it's lovely work if you can get it.

'I just don't get this appointment.'

United chose Rangnick from a shortlist of five candidates last week but have been negotiating his release from Lokomotiv while the former Schalke, Hoffenheim and Hanover boss applied for a work permit.

That process is ongoing so it remains to be seen if Rangnick will be in the dug-out for Thursday's game against Arsenal at Old Trafford.