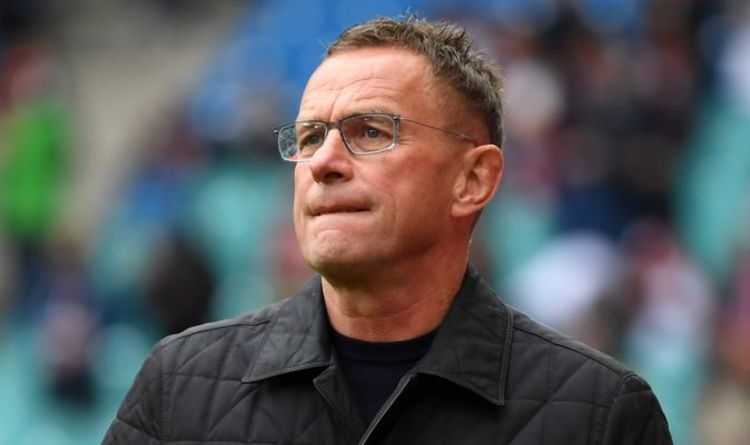 Manchester United have decided that Ralf Rangnick will be handed a transfer budget in January despite only appointing the German on an interim basis, Express Sport understands. Rangnick has replaced Ole Gunnar Solskjaer at Old Trafford on a deal until the end of the season.

The 63-year-old holds a strong pedigree in Germany but has never managed in the English game.

He has been prised away from Lokomotiv Moscow where he was managing director of sport.

United have insisted that Rangnick had been first choice for the role as soon as they decided an interim coach was going to succeed Solskjaer.

Part of the deal that has seen Rangnick appointed includes him being used a club consultant for a further two years after he exits the dugout in May 2022.

The upcoming January transfer window has prompted debate over whether United will add to their squad, on which the Old Trafford hierarchy spent £120million in the summer.

Express Sport understands that the Glazer family have decided that funds will be made available for Rangnick. United have looked a little short of quality this term, particularly in central midfield.

Solskjaer addressed two pressing problems in the summer, with Raphael Varane signed to partner Harry Maguire at centre-back and Jadon Sancho added as a wide option.

Man Utd: Will the next permanent manager win a trophy? (Image: EXPRESS SPORT)

The 26-year-old may also have a strong argument as being England’s top player in the position.

Rangnick said upon his appointment on Monday: “I am excited to be joining Manchester United and focused on making this a successful season for the club.