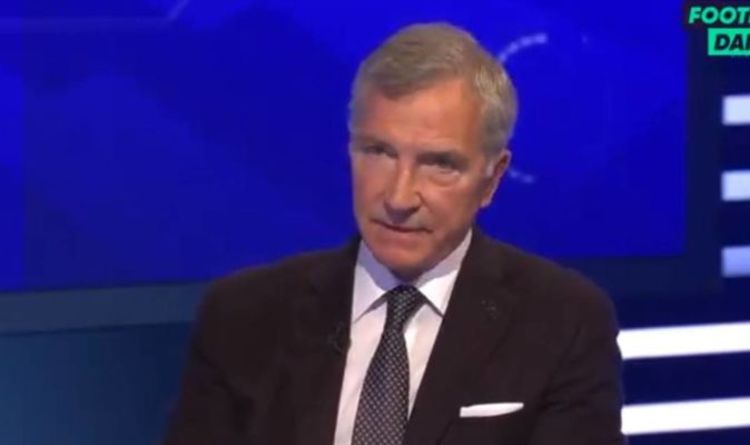 Graeme Souness has laid into Manchester United’s work in the transfer market, highlighting a lack of “responsibility” at the club. The former Liverpool midfielder believes the decision to let Jonny Evans leave the club in 2015 is evidence of United’s poor management since Sir Alex Ferguson’s retirement in May 2013.

There is plenty of positivity around United at the moment following the confirmation of Ralf Rangnick as the club’s new interim manager.

Rangnick has signed a six-month contract and will take over from temporary boss Michael Carrick once his work visa comes through.

The 63-year-old will then step into a two-year consultancy role with United in the summer as the club usher in a new long-term manager.

Rangnick will be expected to improve the players already at the club, but Souness believes there is a lack of leadership and direction at boardroom level at Old Trafford.

United have signed Harry Maguire for £80million and Raphael Varane for an initial £34m in recent years, but Souness thinks both are not as good as Evans, who moved on to West Bromwich Albion six years ago before ending up at Leicester.

“Jonny Evans was allowed to leave. Jonny Evans is better than any centre-half they have now. I just don’t get it.

“The players they buy and the players they sell, giving people like [Anthony] Martial, who was in the last chance saloon two or three years ago, a new contract.

“[Juan] Mata is a really nice human being, but what is he offering to them on the pitch? I just don’t get who is making the football decisions and they seem to be getting them wrong consistently.

Martial signed a new five-and-a-half-year contract with United in January 2019, which is worth £250,000 per week, according to Sky Sports.

The 25-year-old has scored just one goal in nine appearances this season, while Mata has only played twice in 2021/22 since signing a one-year deal in July.

United splashed the cash in the summer, bringing in Varane as well as Jadon Sancho for £72m and Cristiano Ronaldo for £12.85m.

But despite the huge expenditure they find themselves eighth in the Premier League following Sunday’s 1-1 draw against Chelsea.