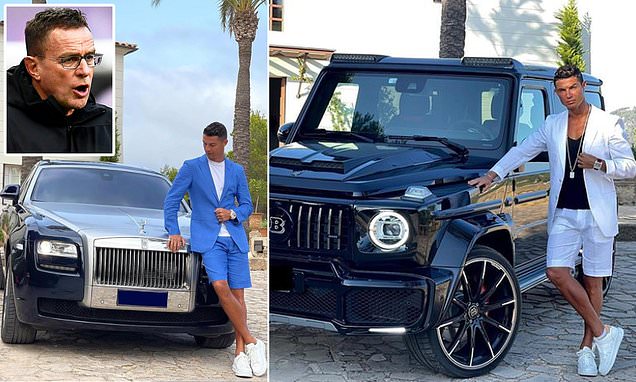 Cristiano Ronaldo and his Manchester United team-mates may be forced to leave their expensive cars at home under new interim boss Ralf Rangnick.

The 63-year-old German was appointed on a temporary basis on Monday following the sacking of Ole Gunnar Solskjaer after the humiliating defeat by Watford earlier this month.

Rangnick has managed 10 other clubs with his last managerial post being at German outfit RB Leipzig.

He made his players use club cars while representing the team and could adopt the same methods at United, according to The Mirror.


Portugal star Ronaldo, who has a large portfolio of supercars, could be one of those who may have to swap out his flash cars for travel to and from training.

It remains to be seen whether Rangnick will be in the dug-out for Thursday's Premier League clash against Arsenal at Old Trafford.

It's understood that Solskjaer's back-room team – assistant Mike Phelan, coaches Carrick and Kieran McKenna, and goalkeeper coach Richard Hartis – will all remain at United even though Rangnick will bring in a few of his own staff including trusted video analyst Lars Kornetka.

United insist that Rangnick was always their No 1 candidate and he impressed during an interview with executive vice-chairman Ed Woodward, football director John Murtough – who spent time with Rangnick when he was at RB Leipzig in 2019 – and technical director Darren Fletcher.