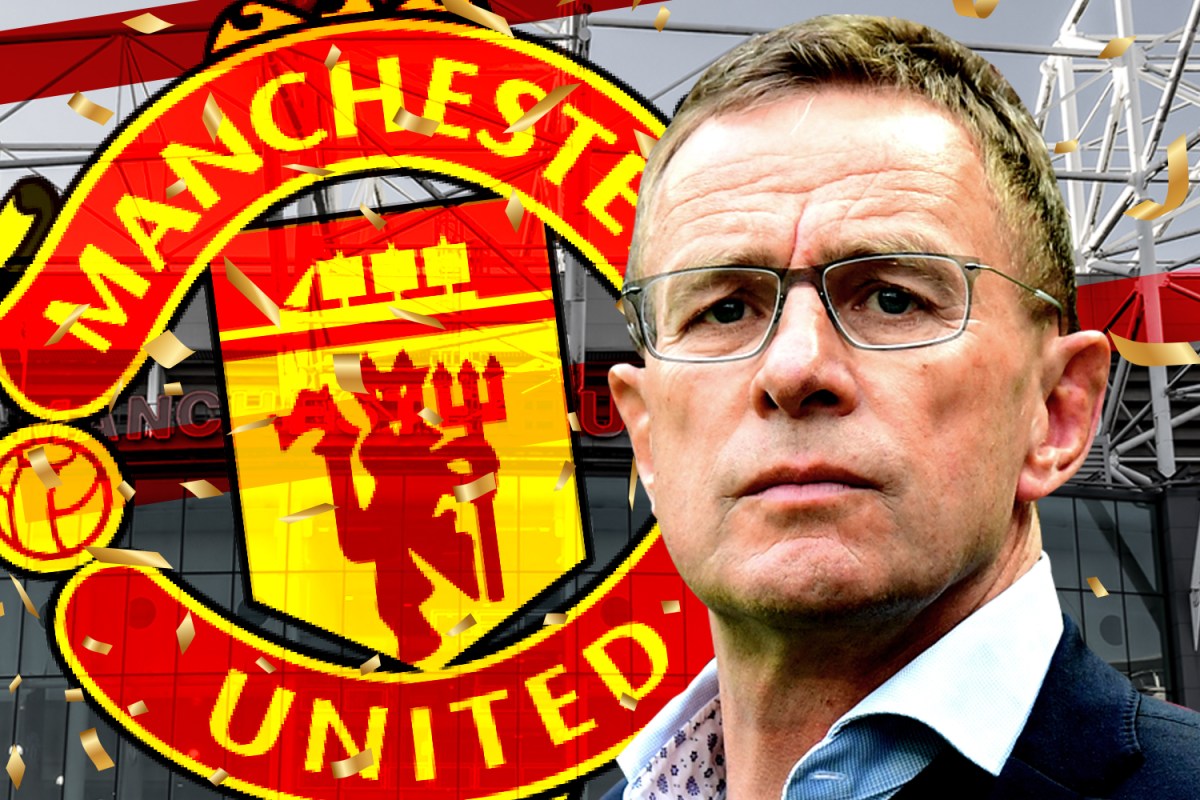 MANCHESTER UNITED HAVE confirmed the appointment of Ralf Rangnick as their new manager.

Rangnick will take charge as the interim boss until the end of the season when he will take on a Sports Director consultancy role similar to which he had at Lokomotiv Moscow.

Rangnick said: "I am excited to be joining Manchester United and focused on making this a successful season for the club.

Red Devils football director John Murtough added: "Ralf is one of the most respected coaches and innovators in European football.

"He was our number one candidate for interim manager, reflecting the invaluable leadership and technical skills he will bring from almost four decades of experience in management and coaching.

Rangnick arrives at the Theatre of Dreams with his struggling side sat eighth in the Premier League table, already 12 points behind leaders Chelsea after drawing 1-1 at Stamford Bridge on Sunday.

He is widely regarded as a pioneer of gegenpressing, and has influenced the likes of Thomas Tuchel, Jurgen Klopp and Julian Nagelsmann with his methods.

The German, 63, has also helped to unearth stars of the future including Erling Haaland while working behind the scenes, as he also takes on a two-year consultancy role at United.

Caretaker Michael Carrick will remain in charge until Rangnick's work visa is finalised.

SunSport last week revealed that Rangnick was negotiating a possible clause that would potentially allow him to continue as boss.

Rangnick has held numerous managerial positions, but has largely opted to step back in recent years.

His CV includes stints at Hoffenheim, Schalke, RB Leipzig, Stuttgart and Hannover and he is regarded as a pioneer of German coaching... despite having only won one major trophy as a manager.

He could bring his famous 4-2-2-2 formation to Old Trafford, as he aims to turn his new side into a coherent pressing unit.

Rangnick turned down Chelsea in January because he felt that he's 'no interim coach'.

But his stance appears to have changed when it comes to Man United.

Some fans have pondered where Cristiano Ronaldo will fit in to his new boss' pressing style.

The Portuguese was dropped to the bench for Sunday's clash with Chelsea by caretaker Carrick - although Gary Neville reckons that Rangnick picked the team.

Luke Shaw, meanwhile, may face a battle to impress his new boss, after Rangnick claimed that he's 'not so sure' if the England left-back is 'on the same kind of level you need for a club like Man United.'

Liverpool legend Jamie Carragher is convinced that Rangnick is the man to get United back into the Champions League.

But Roy Keane slammed his old club for appointing an interim boss.