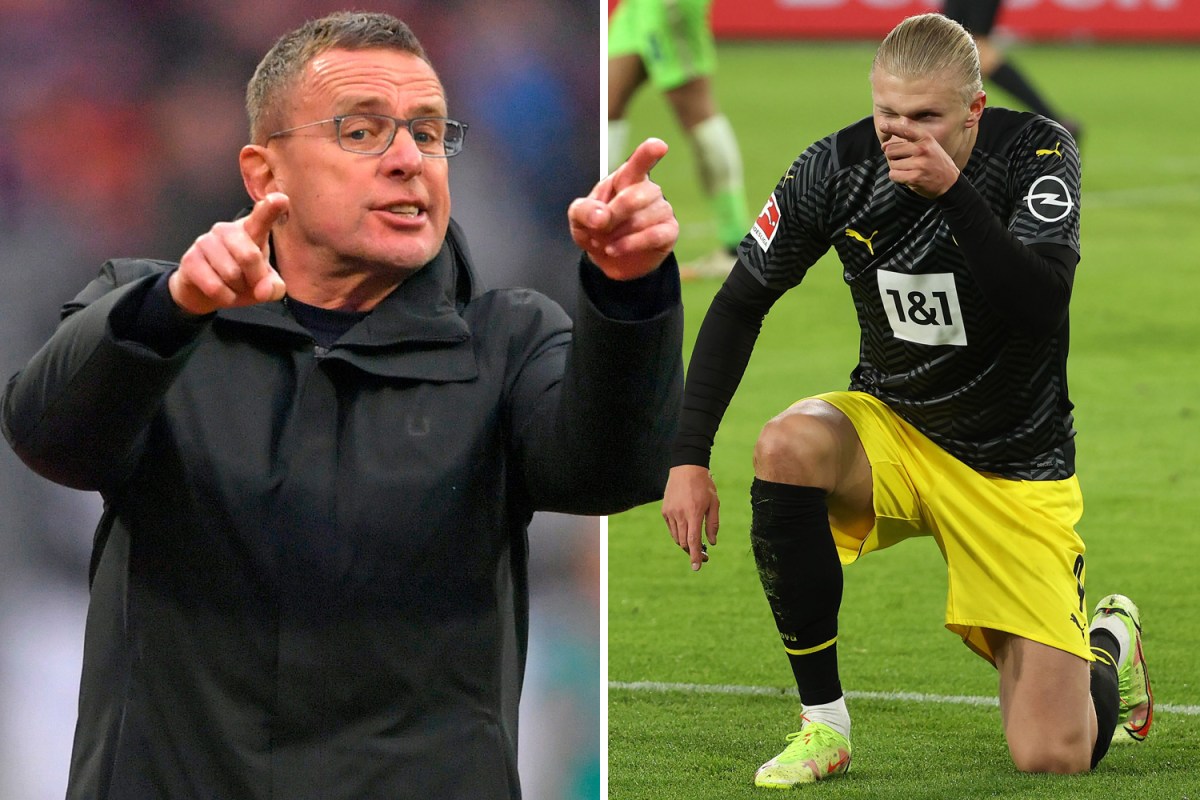 THINGS are about to change at Manchester United.

Pressing guru Ralf Rangnick is set to be appointed interim manager by the Red Devils this week, signalling a sharp change in direction by club chiefs.

United's squad is already brimming with quality, and a number of players who could revitalise their careers under a new voice.

But in order to implement a new style of play, while climbing the table, Rangnick may need to recruit some new stars.

SunSport takes a look at five players the 63-year-old could try and sign in January.

Half of Europe seems to be linked with the Norwegian star, but Rangnick's appointment could give Man United the edge.

The German has a prior relationship with Erling Haaland, having recruited him from Molde for RB Salzburg in 2019.

SunSport revealed over the weekend that the Red Devils are hoping Rangnick can tip things in their favour when it comes to signing Borussia Dortmund's No9.

Erling Haaland starred for RB Salzburg after being recruited by RangnickCredit: AFP

Rangnick brought Amadou Haidara to RB Leipzig while managing the German side in January 2019.

And he could recruit him again three years on, with the Mirror reporting interest.

It would appear to be mutual, with Haidara himself having told Bild in 2019: "I like Manchester United very much and watch as many games as possible. I dream of playing there."

The Swiss ace's contract is set to expire at the end of the season, putting the continent's elite on alert.

According to Italian reporter Nicolo Schira, Barcelona, Juventus and Roma are all eager to sign the 25-year-old.

Denis Zakaria is in demand this seasonCredit: Getty

The Uruguayan arrived at Barca in 2018, since breaking into their first-team set-up.

But with his contract set to expire in 2023, ESPN report that the Catalan giants are wary of interest from United and Liverpool potentially turning his head.

Ronald Araujo has burst onto the scene with BarcaCredit: Rex

The 21-year-old has banged in 13 goals in 15 outings in all competitions for Fiorentina this season.

United are reportedly in the race to sign the £70m-rated star, alongside the likes of Tottenham, Newcastle, AC Milan and Juventus.

Dusan Vlahovic is one of Europe's most in-form strikersCredit: Rex