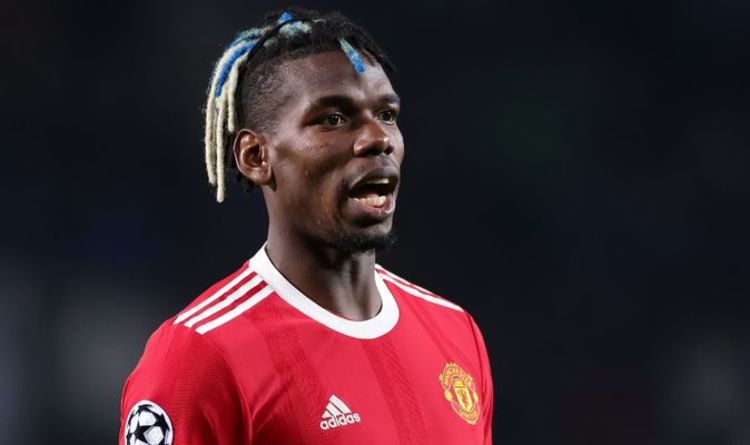 Manchester United midfielder Paul Pogba recently spoke with Paris Saint-Germain club president Nasser Al-Khelaifi during a brief meeting in France, according to reports. Pogba is widely expected to leave the Red Devils ahead of next season after failing to agree a new contract at Old Trafford despite lengthy talks with the club's hierarchy.

The 28-year-old's representatives have been locked in negotiations with United for some time but are yet to finalise a proposed extension to his current deal.Pogba will be a free agent at the end of next season as things stand, meaning that he will be able to strike a pre-contract agreement with a foreign club from January.A number of potential suitors have been linked with a move for his services in recent weeks, with Real Madrid said to be among the interested parties.However, the Spanish giants are reportedly worried that Pogba's arrival would block the development paths of Eduardo Camavinga and Federico Valverde.

PSG have also been credited with a desire to bring the Frenchman back to his home country and provide him with the final mega-money contract of his career.

Pogba is yet to agree a new contract at United (Image: GETTY)

It seems as though Pogba could be tempted by the possibility of joining the Ligue 1 giants on a free transfer ahead of next season.

He recently met with Al-Khelaifi at a hotel in Paris, with the pair enjoying a brief discussion before parting ways, according to The Athletic.

However, the report states that PSG sources have denied the suggestion of Pogba's conversation with Al-Khelaifi being pre-planned in relation to a future move.

They are said to have bumped into each other by chance, but the incident will do little to boost United's fading hopes of keeping hold of their man.

It remains to be seen whether he will come around to the idea of an extended stay at Old Trafford following the appointment of Ralf Rangnick as the club's interim manager.Pogba's agent, Mino Raiola, recently insisted that he has not been losing any sleep over United's failure to agree a new deal with the midfielder as of yet.

"You would have to ask Manchester United about it," Raiola told The Times when quizzed on his client's situation last month.

"At this moment everything is calm. There is no update."

The Red Devils signed Pogba from Juventus back in 2016 (Image: EXPRESS)

Meanwhile, former Premier League goalkeeper Paddy Kenny previously urged United to cash in on Pogba when January rolls around in order to avoid the embarrassment of losing him for nothing in the summer.

"He’s out of contract so they will try and get something for him," Kenny told Football Insider.

"Even if it’s £20million, that’s better than nothing. Sometimes you just have to cut your losses. He doesn’t look interested in signing a new deal so let him go on his way."I’m sure he won’t be missed. He’s barely been pulling up trees since he joined Manchester United. Pogba has never done it for Manchester United in the same way he has done for France.

"If I was in charge at Old Trafford, I would be looking to sell Pogba and make as much money back as possible."