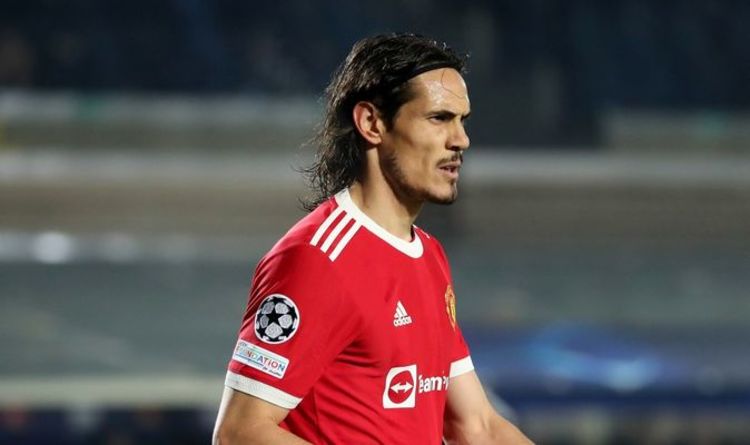 Rumours have circulated over recent weeks about Barcelona being interested in signing Manchester United striker Edinson Cavani. However, that is not the only player that the Catalan giants are thinking of pinching from the Red Devils, out of favour forward Anthony Martial is also of interest.

The departure of Ole Gunnar Solskjaer earlier this month may cause a major shakeup in Manchester.

After a torrid start to the season, Ralf Rangnick has been tasked with a rescue mission at Old Trafford.

The former RB Leipzig boss is expected to implement major changes at the club as he looks to guide the club into the Champions League with the talented squad at his disposal.

And the 62-year-old may have a decision to make pretty soon after his appointment on Monday - whether to sell Martial or not.

JUST IN: Chelsea make contract 'breakthrough' to save Thomas Tuchel millions in market

According to Mundo Deportivo, the rumours that Barca officials travelled to Manchester to discuss potential to business aren't entirely false, but the topic of conversation reported was incorrect.

The officials travelled to meet with Manchester City representatives to discuss the availability of Ferran Torres before then meeting with United to see where the club stand in regards to letting Martial leave.

Since he arrived from Monaco in 2015, the forward’s career has hardly progressed.

Rangnick could be able to splash the cash at United (Image: Express Sport)Barcelona are interested in signing Martial (Image: Getty)