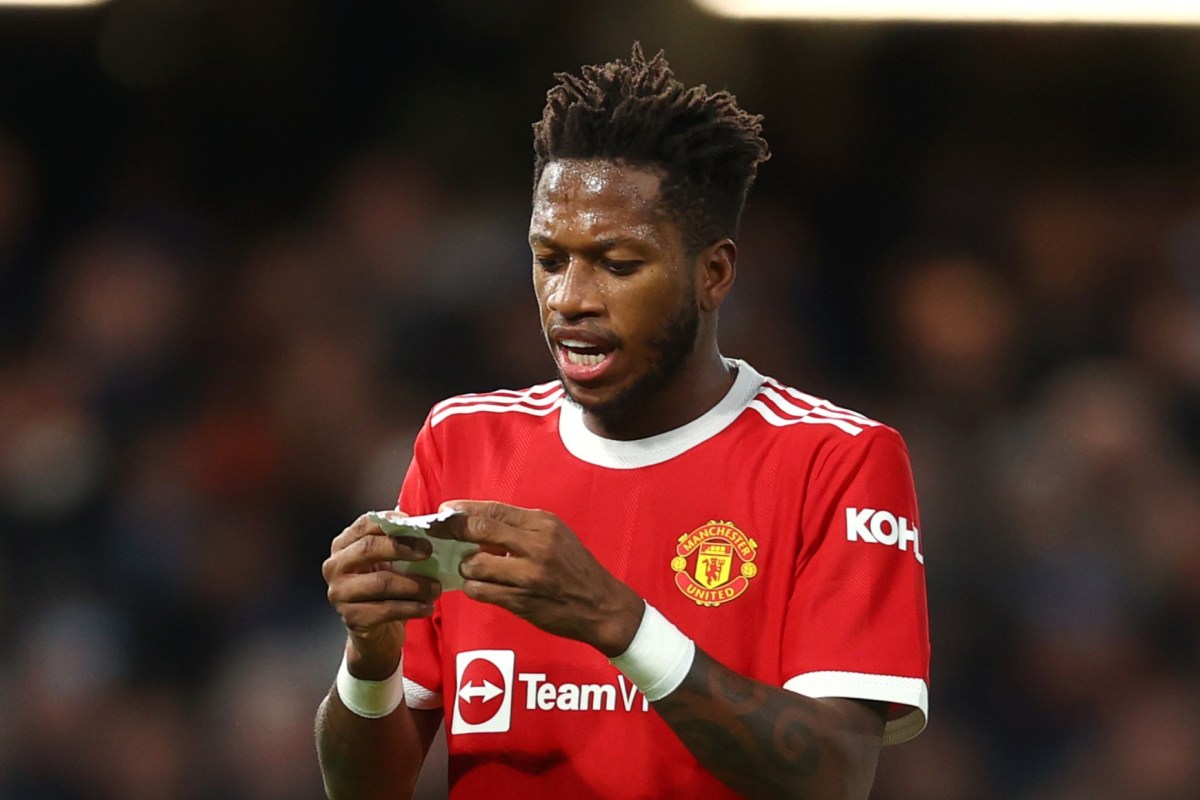 MANCHESTER UNITED midfielder Fred received a note from the touchline - and immediately became the butt of jokes online.

Moments earlier the 28-year-old Brazilian had missed a golden opportunity to give his side the lead when he chipped lamely straight into keeper Edouard Mendy’s gloves.

And pranksters online had a laugh imagining what was on the note sent to him by caretaker boss Michael Carrick.

User RoyHBT wrote on Twitter: “Fred… FRED just tried to chip Mendy and then got a note from Carrick saying ‘Don’t ever f do that again!’”

UTDFan wrote: “Van de beek with the note to Fred saying if you ever do that again, you'll be on the bench as long as me.”

And Lee010 added: “The note was from Fred’s missus, clarifying he wont be wanting chips for dinner!!!”

The disappointment at Fred’s tame shot was compounded by the fact talisman Cristiano Ronaldo was standing open to his left.

The striker was fuming at full-time after he was only introduced as a sub just after the hour mark.

Eye-witnesses claim he marched straight down the tunnel without waving to travelling supporters and refused to shake hands after the final whistle.