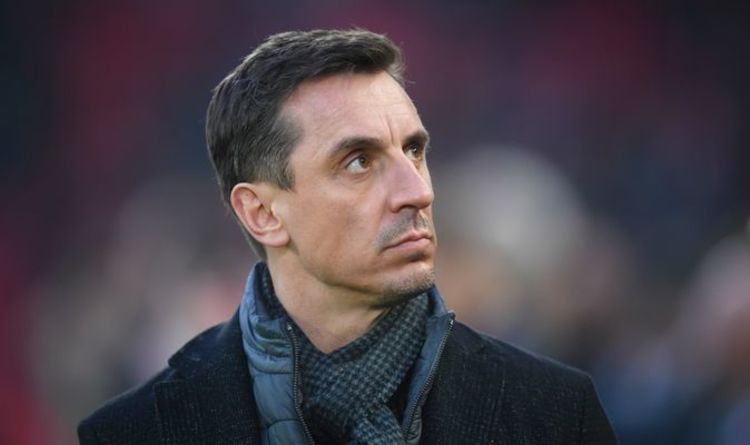 Gary Neville has welcomed Ralf Rangnick to Manchester United after the club confirmed he would take interim charge until the end of the season. But his message to the innovative German boss highlights the glaring problem the Red Devils might finally have addressed.

United have appointed Rangnick on a six-month contract until the end of the season, before he takes a consultancy role for a further two years.

Rangnick, 63, is an esteemed tactician and will replace Ole Gunnar Solskjaer in the Old Trafford dugout, subject to work visa requirements.

Neville immediately reacted to the official announcement, claiming the two-year advisory role is effectively to coach the club.

“Welcome to the Greatest Football Club in the World Ralf Rangnick,” United great Neville tweeted as an immediate reaction.

The fact Rangnick has arrived to ‘coach the club’ is a damning indictment of the footballing incompetence at one of sports biggest institutions.

United made changes to their hierarchy this summer as John Murtough arrived as football director and Darren Fletcher has juggled his ‘technical director’ position with training ground duties this season.

But for too long, the same mistakes have been made with those lacking footballing knowledge and experience, namely executive vice-chairman Ed Woodward, the driving force behind the key decisions.

Including interim managers, United have had seven bosses since Sir Alex Ferguson retired in 2013 and are still yet to mount a title challenge since the legendary Scot’s departure.

And the decision to appoint Rangnick, who is famed for his extensive planning and attention to detail on the footballing side, in a consultancy position after his time as manager is an acceptance that something had to change.