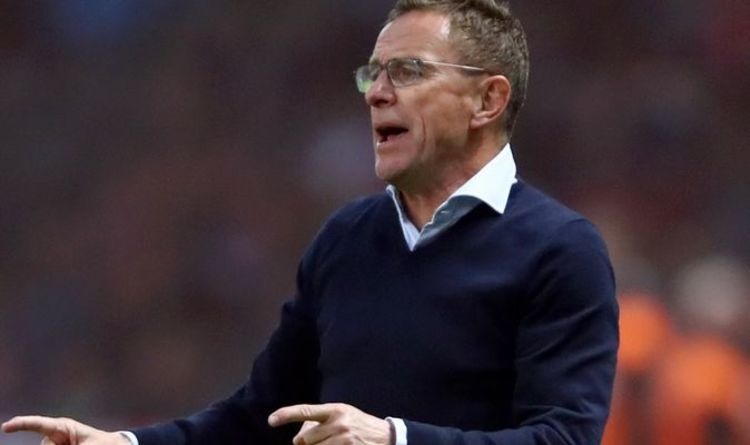 Manchester United have confirmed that Ralf Rangnick will manage the team until the end of the season. The 63-year-old German, who has taken charge of the likes of Schalke and RB Leipzig in the past, replaces Michael Carrick as the temporary boss while the club continue to search for a permanent long-term successor to Ole Gunnar Solskjaer, who was sacked earlier this month.

Rangnick brings with him a wealth of experience, and United fans will be desperately hoping he can help turn around their so-far miserable season.

He will move into a behind-the-scenes role at the end of the campaign, and could have a big say in naming his replacement in the dugout when the time comes.

Speaking following the announcement, United's football director John Murtough said: “Ralf is one of the most respected coaches and innovators in European football. He was our number one candidate for interim manager, reflecting the invaluable leadership and technical skills he will bring from almost four decades of experience in management and coaching.

Rangnick himself added: “I am excited to be joining Manchester United and focused on making this a successful season for the club.

United have also confirmed that Carrick will remain in charge until Rangnick's work visa is finalised.

It is not yet clear whether his first game will be against Arsenal on Thursday or if he will have to wait to take on Crystal Palace on Sunday.

But it will be fascinating to see what Rangnick decides to change at United, and how he will deal with the likes of Cristiano Ronaldo, who some have suggested will not be suitable for his favoured 'gegenpressing' system.

Speaking on Monday morning, Danny Murphy told talkSPORT he has reservations about the appointment.

"I think Rangnick's got a few hurdles he's going to have to jump," he said. "The first thing is the scrutiny he's going to come under - he's never had that at any club before.

Michael Carrick could still be in charge against Arsenal (Image: Getty)

"Everywhere he goes, everything he says will be analysed to an inch of his life. At all the other jobs he's had before he's not had that.

"Then he's going to deal with players of the magnitude of Bruno Fernandes and Ronaldo - he's never had that before.

"I'm not suggesting he can't do that because you have to respect the plaudits he's got. But you can't be a tyrant - you have to have good communication skills."