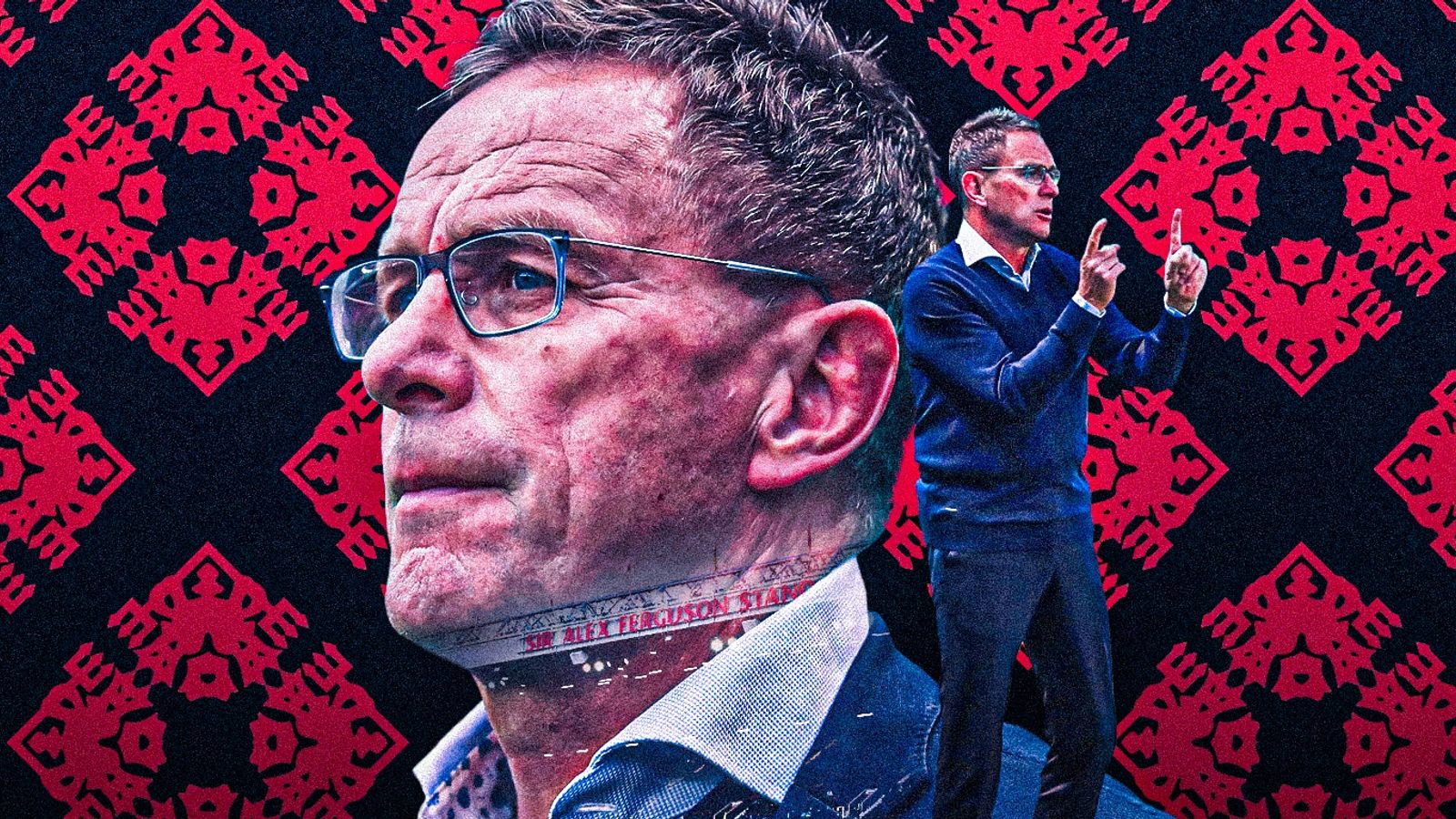 Ralf Rangnick has been appointed Manchester United interim manager until the end of the season.

The 63-year-old's contract will see him take charge of the first team until June and then remain at the club for at least a further two years in a consultancy role.

United reached an agreement with Lokomotiv Moscow last week for the release of Rangnick, who was manager of sports and development at the Russian club.

He will take the reins from Michael Carrick, who was in temporary charge of the team for last week's 2-0 Champions League win over Villarreal and Sunday's 1-1 draw at Chelsea in the Premier League following the dismissal of Ole Gunnar Solskjaer.

However, Carrick will remain in charge for Thursday's home game against Arsenal if Rangnick's work permit is not processed in time.

FREE TO WATCH: Highlights from Chelsea's draw with Manchester United in the Premier League on Sunday

Rangnick told United's website following his appointment: "I am excited to be joining Manchester United and focused on making this a successful season for the club.

"The squad is full of talent and has a great balance of youth and experience. All my efforts for the next six months will be on helping these players fulfil their potential, both individually and, most importantly, as a team.

"Beyond that, I look forward to supporting the club's longer-term goals on a consultancy basis."

John Murtough, the football director at United, added: "Ralf is one of the most respected coaches and innovators in European football.

"He was our number one candidate for interim manager, reflecting the invaluable leadership and technical skills he will bring from almost four decades of experience in management and coaching.

"Everyone at the club is looking forward to working with him during the season ahead, and then for a further two years in his advisory role."

Rangnick will be joined at United by a small number of his own staff, while those working under Solskjaer will remain as part of the new regime.

Rangnick oversaw the rise of the Red Bull group of clubs in Europe as head coach and sporting director of RB Leipzig and Red Bull Salzburg.

The German is credited with having influenced Jurgen Klopp, Thomas Tuchel and Julian Nagelsmann, among many others.

Rangnick invented the 'gegenpress', which translates as 'counter-press'; the high-pressing, all-out running style adopted to great fame by the current Liverpool boss Klopp.

He is understood to have been respected by senior figures at Old Trafford for a number of years and was quickly identified as United's first choice to replace Solskjaer on an interim basis.

That impression was reinforced during talks with Murtough, as well as Ed Woodward, the executive vice-chairman, and Darren Fletcher, the technical director.

Murtough has a prior relationship with Rangick having visited him during his time at RB Leipzig in 2019.

United are planning to make a permanent appointment at the end of the season and Paris Saint-Germain boss Mauricio Pochettino is their first choice, with Ajax head coach Erik ten Hag also in their thinking.

Wayne Rooney, Manchester United's all-time leading goalscorer, has backed Rangnick to bring "stability" back to Old Trafford and challenge for trophies this season.

Speaking before Rangnick's appointment was confirmed, Wayne Rooney said he thought the German would give Manchester United a chance of winning trophies this season, but added he has a tough job on his hands

"He is obviously very highly respected in the game," Rooney, now the manager at Derby, said.

"I think he has got a tough job to come in, I don't mean in terms of his ability [but] in terms of to come in for six months and stamp his way of playing, his pressing if you like and how he likes to work.

"But he is very experienced and I am sure he will adapt to the players he has got and bring back some stability to the team, but also with a view of trying to win trophies.

"That Manchester United team is more than capable of winning trophies this season and I think they have made the right appointment to give themselves the best chance."