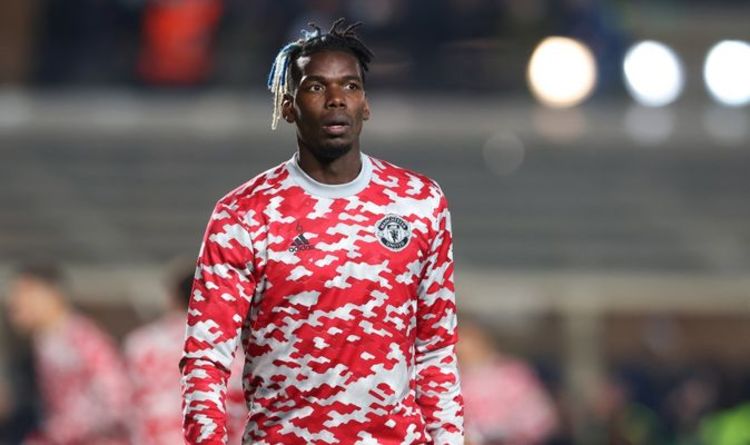 But Rangnick is expected to be appointed as United's new interim manager this week on a deal running to the end of the season before the German is moved upstairs into a consultancy role.

Paul Pogba is reportedly 'enthused' by the appointment of Ralf Rangnick (Image: GETTY)

And according to The Athletic, United's move to bring in Rangnick has left Pogba 'enthused' after receiving positive feedback from a number of contacts in the game.

It remains to be seen, however, if Rangnick's appointment will help persuade the 28-year-old to commit to a new deal at Old Trafford.

Pogba has less than 12 months to run on his current agreement and is free to negotiate with foreign clubs once the transfer window reopens in January.

Despite that, the report goes on to state that Pogba isn't set to entertain the idea of facilitating a move in the New Year, with his focus fully on football ahead of a big summer.

Rangnick has been bought in to save Manchester United's season (Image: EXPRESS)Rangnick is set to be announced early this week (Image: GETTY)