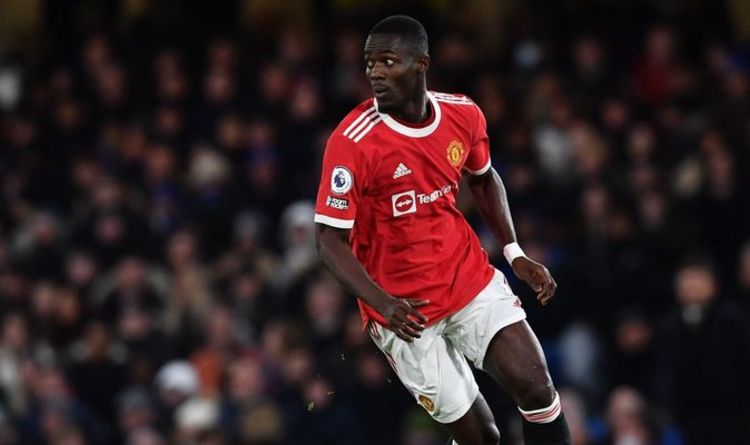 Jadon Sancho's opener was cancelled out by a Jorginho penalty to deny United all three points under temporary boss Michael Carrick.

It's anticipated that the clash at Stamford Bridge will be Carrick's final match in charge ahead of Rangnick's arrival.

And Bailly all but confirmed that Rangnick has been handed the job with his comments after Sunday's game.

“Yes, we’ve been told in the dressing room about the arrival of the new manager," the United defender told RMC Sport.

United have struck a deal with Lokomotiv Moscow for the 63-year-old to take charge until the end of the season as the club's new interim manager ahead of appointing a permanent replacement for Ole Gunnar Solskjaer in the summer.

Rangnick will head into a two-year consultancy role following his short stint in the dugout - and is set to have a say in who gets the gig on a full-time basis next season.

Carrick has remained at the helm as United work to secure a work permit for Rangnick ahead of his anticipated appointment this week.

But United's drastic change in approach at Stamford Bridge - where they switched to an aggressive, pressing approach, which is synonymous with the identity that Rangnick has become famed for over the years - has led to some speculation that the German coach is already pulling the strings at Old Trafford.

Rangnick will be hoping to salvage Manchester United's season (Image: EXPRESS)Rangnick is expected to arrive at Old Trafford this week (Image: GETTY)