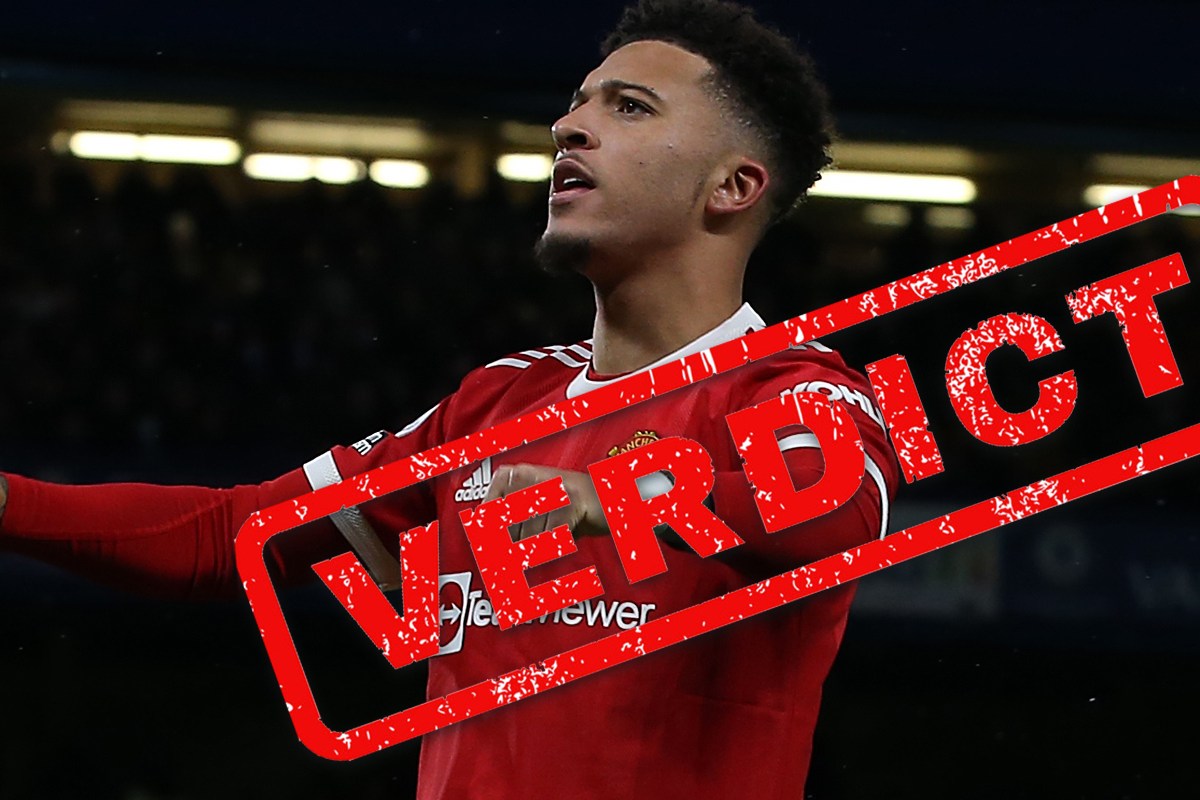 JADON SANCHO looked the perfect fit for Ole Gunnar Solskjaer’s counter-attacking Manchester United when they finally landed him for £73million in the summer.

So it is ironic that it is only since the Norwegian was sacked that the jet-heeled winger has started to look the part in a Red Devils shirt.

Jadon Sancho has found the back of the net in his last two Manchester United outingsCredit: Getty

Sancho capitalised on a horrendous touch from Jorginho just four minutes into the second halfCredit: Getty

The England international made no mistake when presented with the chance to break the deadlockCredit: Getty

Nothing seemed to go right for the England man during Solskjaer’s reign.

Much of that was down to the unexpected arrival of Cristiano Ronaldo, whose accommodation seems to have hindered the progress of a few of United’s jet-heeled forwards.

But Sancho made the most of a change in fortunes for himself here.

Fresh off netting his first goal for the club against Villarreal in the week, he gleefully pounced on a horror touch from Jorginho when trying to bring down a high ball.

The Italian’s control let him down badly and Sancho raced onto the loose ball, sped towards the box before firing past the helpless Edouard Mendy.

It was a goal you do not often see at Premier League level but which underlined the benefits of United’s new-found high-press approach as well as Sancho’s pace, dribbling ability and composure.

While it suggested Sancho could well be a key figure in the new - albeit interim - reign of incoming Ralf Rangnick.

He was substituted just after the hour for Ronaldo, but the fact that he started ahead of the Portuguese legend was a good sign for him.

Sancho appears to be the perfect fit in Michael Carrick's systemCredit: Rex

Solskjaer’s handling of Sancho was bizarre given he waited a whole year to sign him for huge money.

It is clear there is far more for the young England star to give.

Bringing it out of him has to be one of the priorities for Rangnick once he takes the reins at Old Trafford.