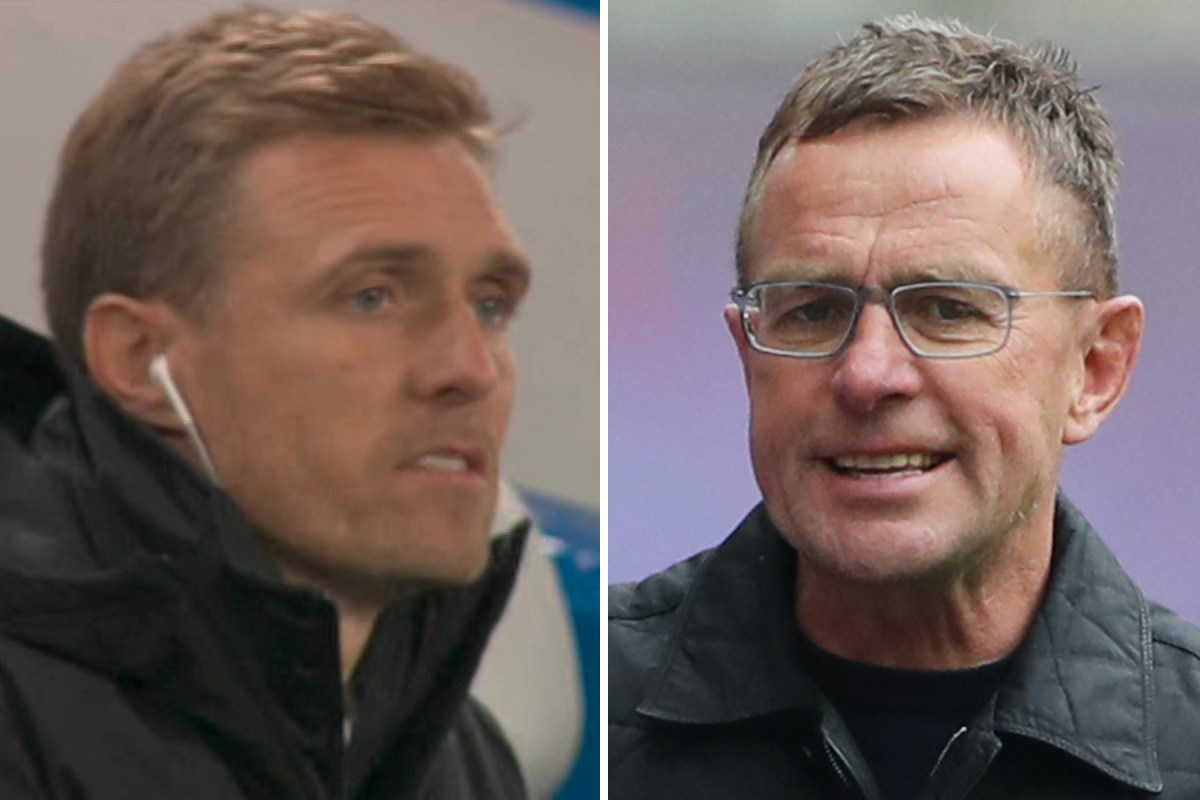 MANCHESTER UNITED technical director Darren Fletcher has raised some questions as he was spotted wearing an earpiece during the match with Chelsea.

Fletcher watched United draw with Thomas Tuchel's high-flying Blues from the touchline at Stamford Bridge and many fans wondered what the purpose of those headphones were.

Many wondered why Darren Fletcher wore an earpiece during Manchester United's draw with ChelseaCredit: Sky Sports

Many took to social media and assumed the former midfielder is in touch with incoming interim manager Ralf Rangnick.

One fan tweeted: "Rangnick must be in Fletcher's ear."

Another posted: "Just saw Fletcher wearing earphones. Rangnick cant wait to get involved, man's really on his phone managing us."

A third supporter believed Rangnick was already applying his signature Gegenpressing tactics: "Fletcher is 100% on the phone to Rangnick, we are pressing and looking to win the ball higher up the pitch this half!"

This fan was excited by that idea: "Darren Fletcher was communicating to Rangnick, oh my days."

But that United faithful hoped Rangnick wasn't involved: "I hope Fletcher isn’t communicating with Rangnick because if this is the new bloke's tactics we are in the s**t."

Ralf Rangnick is expected to take over as interim manager of Manchester UnitedCredit: Rex

Rangnick appears to be the favourite to replace former manager Ole Gunnar Solskjaer until the end of the season.

United are expected to announce the appointment of the German coach really soon.

The 63-year-old has experienced tremendous success as the manager of RB Leipzig and has had immense influence in the careers of Tuchel and Liverpool boss Jurgen Klopp.

Solskjaer's former assistant Michael Carrick is in charge of the Red Devils for the time being.