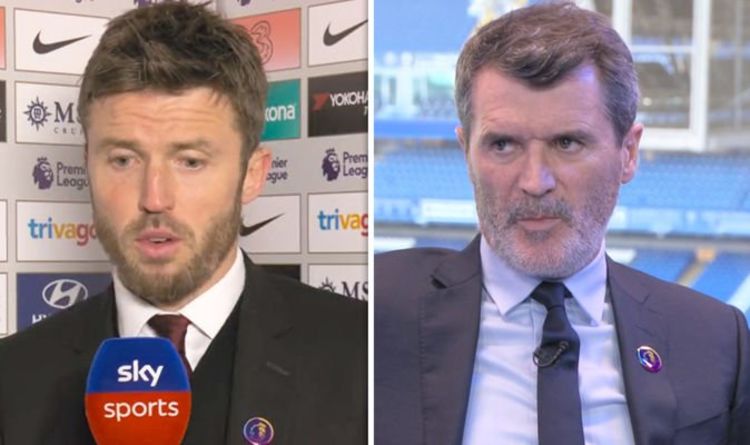 Roy Keane "disagreed with everything" Manchester United interim boss Michael Carrick said in his interview after the draw at Chelsea on Sunday. United picked up a point at Stamford Bridge after Jorginho's penalty cancelled out Jadon Sancho's opener. It was Jorginho who gifted United their opener 10 minutes into the second half.

The Italy international miscontrolled a high ball and allowed Sancho to run free on goal.

Jorginho made amends from the spot after Aaron Wan-Bissaka had fouled Thiago Silva.

But Carrick though otherwise, telling Sky Sports: "I don't think it was a penalty at all."

When asked if Carrick was right to question the awarding of Chelsea's penalty, Sky Sports presenter David Jones may not have expected the response he got from the former Republic of Ireland captain.

"He's talking about the penalty. Of course it was a penalty. We've all looked at it, it's a penalty.

"He's talking about the players' efforts, he's proud of them. He's been working with the players for the last few months. He was alongside Ole [Gunnar Solskjaer], he was in the dugout with Ole.

"They weren't just with Ole, they were with Mourinho as well before that, and what are they going to stay on with the new manager?

"[That's] not necessarily [right], not if they're not up to the job.

"Some of the staff have been here a number of years. I get the impression of Man United in the last few years, whether it be some of the backroom staff or people upstairs, I think there is an element now of a job for the boys now, 'a job for the boys, wink, wink, look after each other, know the right people'.

"That's why they're eighth or ninth in the league."