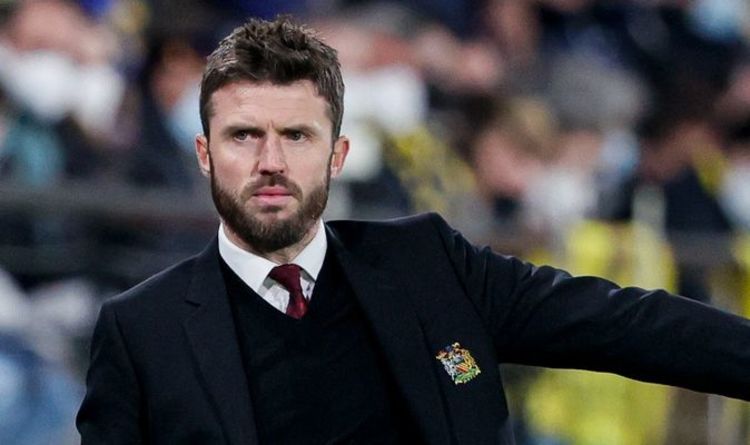 First-team coach Carrick was placed in temporary charge of the club after Solskjaer was given his marching orders last weekend following a run of one win in seven Premier League outings.

After overcoming Villarreal in the Champions League, in what was his first match in the United hot seat, Carrick rung the changes once again, controversially dropping star striker Ronaldo for the match at Stamford Bridge.

The decision stunned fans and pundits alike, but perhaps none more so than outspoken TV personality and well-known Ronaldo advocate Piers Morgan.

JUST IN: Man Utd's XI for Chelsea clash if Rangnick had been appointed sooner

Ronaldo was left out of Man Utd's team vs Chelsea (Image: GETTY)

On his controversial call to leave out the United legend, Carrick explained: "A few tweaks from the other night to freshen things up and Cristiano is the stand-out name but there's a game plan and different ideas.

"I've had a good chat with him and he was great so we’ve decided to go like that today so really looking forward to the game.

"It’s a decision to just pick a team to be honest, no need for more drama than that.

"All the boys have been terrific - Cristiano included - supporting the boys and ready to come on if and when he's needed and hopefully to win the game like he did in midweek.

Michael Carrick has been criticised for his team selection (Image: GETTY)