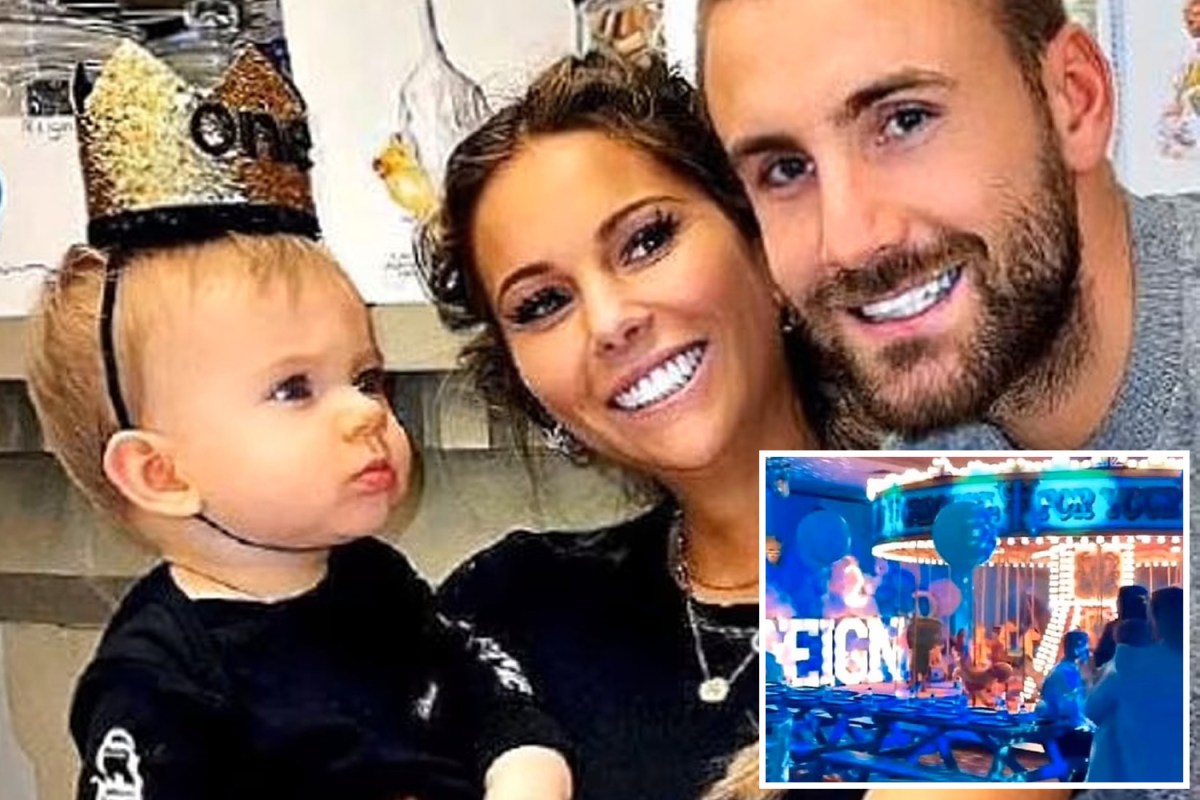 Shaw and his girlfriend Anouska Santos turned their £2.8million Cheshire mansion into a fairground kingdom as their son turned two years old.

The full-back and Santos installed a carousel and a swing roundabout for Reign and his pals, including Jordan Pickford's son Arlo.

There were also drapes, a raft of balloons, an entrance sign which read 'Fairground' and the kid's name lit up in huge letters.

Santos shared clips and snaps of the soiree on her Instagram profile, which she used to keep private.

The couple generally keep their relationship under wraps with the England international sharing just a few pics of them together.

That is why there is no official timeline as when the pair started dating, except that it was before May 2017.

Shaw and Santos, who runs a children's jewellery website, regularly holiday together and spend a lot of time in Ibiza and New York.

The 26-year-old defender's attention has now turned to today's massive clash with Chelsea at Stamford Bridge.

The Red Devils have endured a poor start to the season, which led to former manager Ole Gunnar Solskjaer's dismissal.

The Manchester giants are ninth in the Premier League table and have lost five out of 12 matches in the top flight.