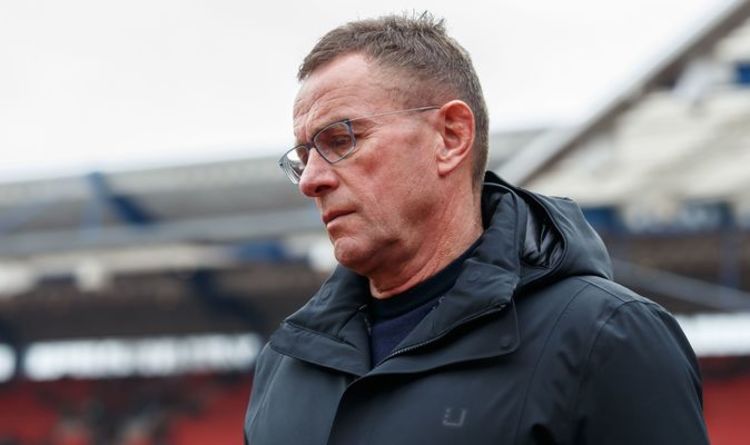 Ralf Rangnick will be forced to deal with a crucial problem that Liverpool successfully overcame earlier this year upon taking charge of Manchester United on an interim basis. The German coach is widely expected to replace Ole Gunnar Solskjaer in the Old Trafford dugout until the end of the season, with a deal having been agreed to bring him in on a six-month contract.

Rangnick will be tasked with getting the likes of Paul Pogba, Cristiano Ronaldo and Bruno Fernandes firing on all cylinders as United look to rescue their hopes of a successful Premier League campaign.The Red Devils currently sit outside the division's top five after a hugely disappointing start to the season under the guidance of Solskjaer.The latter has since left United's new interim manager with a number of important problems to face upon his imminent arrival.He will need to instil a fresh winning mentality in a group of players who have conceded 11 goals against Liverpool, Manchester City and Watford since the beginning of the campaign.

United have looked far too disjointed on far too many occasions to justify a top-four finish in the Premier League up to now and Rangnick will have plenty of work to do to turn things around.

Rangnick is expected to take charge of United over the coming days (Image: GETTY)

The 63-year-old will also have a selection of off-field problems to deal with before moving into a directorial role at the end of the season.Pogba's contract situation is arguably the most pressing issue, with the French midfielder set to become a free agent in the summer as things stand.United chiefs have been locked in talks with Pogba's representatives for some time, but a deal to extend his stay at the club is yet to be agreed.

It has been reported that he is willing to leave the Red Devils in search of a new challenge, with the likes of Real Madrid and Juvsntus having been linked with a move for his services.

Arsenal receive Vlahovic transfer boost but Edu may have to wait

Liverpool found themselves in a similar situation earlier this year as Georginio Wijnaldum's contract approached its expiry date towards the back end of last season.The Dutch midfielder was a hugely important cog in Jurgen Klopp's machine but ultimately ended up leaving the club and joining Paris Saint-Germain on a free transfer during the summer window.The Reds were linked with the addition of a new midfielder throughout pre-season but decided not to sign a direct replacement before the all-important deadline.

However, they already had enough strength in depth to fill the void left by Wijnaldum's departure, with Curtis Jones emerging as a highly-valued member of the side and Thiago Alcantara stepping his performances up a gear in the months since.

The Red Devils are currently outside the Premier League's top five (Image: EXPRESS)

United do not have the same level of quality in the middle of the park as Liverpool and would not be able to get away with avoiding a foray into the transfer market, suggesting that Rangnick will be forced into making a big call with regards to Pogba's future.It remains to be seen whether the 28-year-old can eventually be convinced to sign a new deal at Old Trafford, but it seems as though he is unlikely to stick around for next season.Rangnick could reap the rewards of planning ahead to replace Pogba if he ultimately decides to leave, with a number of top-class midfielders having been linked with United in recent months.

The likes of Declan Rice, Franck Kessie and Marcelo Brozovic could be on their radar ahead of next season and Rangnick will be determined to make the right decisions in the market before stepping back from his managerial role in the summer.