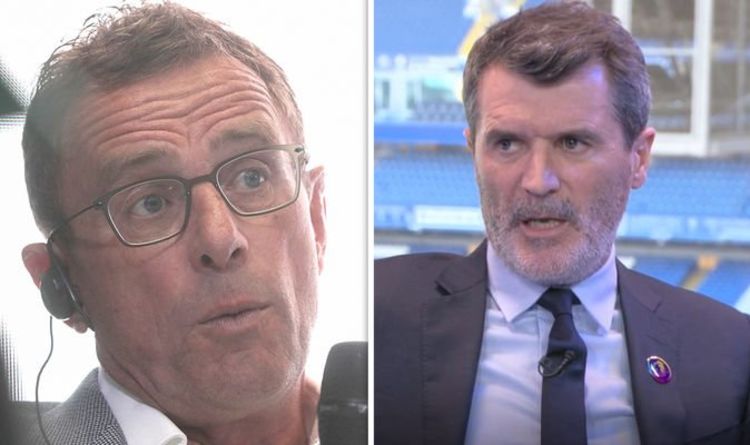 Manchester United legend Roy Keane has named a quartet of players who must improve under the incoming interim boss Ralf Rangnick. Former Schalke and RB Leipzig head coach Rangnick is set to take charge at Old Trafford until the end of the season. The German will step into the shoes vacated by Ole Gunnar Solskjaer, who was sacked last Sunday.

Rangnick will stay at United beyond the end of the season in a consultancy role.

The 63-year-old has largely been credited with the creation of 'gegenpressing', a style of play adopted by the likes of Jurgen Klopp.

Keane says there is no rocket science to the philosophy of Rangnick.

But he admits there are several United players who need to work harder out of possession.

The former Red Devils captain named Cristiano Ronaldo, Bruno Fernandes, Paul Pogba and Marcus Rashford who all have to up their game under Rangnick.

"Football, it it was just about being in possession I'd still be playing," Keane said on Sky Sports.

"But a lot of time you're not in possession and you've seen the stats with the United lads.

"So there's nothing new [in Rangnick's philosophy]. But I think the big decision over the next few months is getting the right manager in and getting players to run.