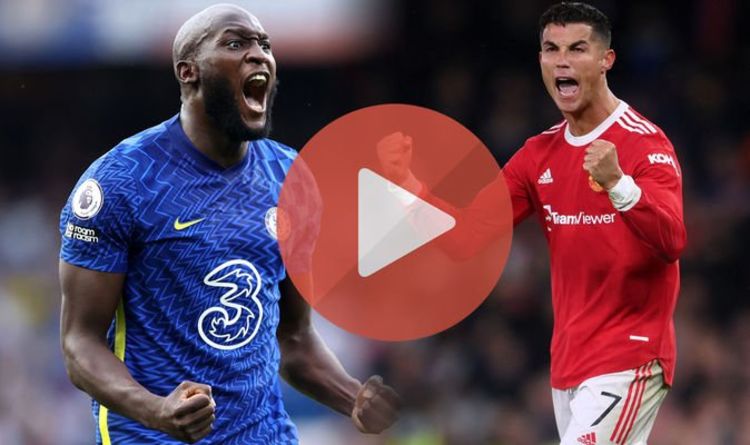 Chelsea will be facing off against fellow Premier League giants Manchester United at Stamford Bridge this afternoon. It's a tale of two clubs going into this fixture, with the Blues the current league leaders and looking incredibly strong under Thomas Tuchel - while Manchester United have had a torrid Premier League campaign so far, which led to the Red Devils parting ways with former manager and club legend Ole Gunnar Solskjaer. If you want to watch all the Chelsea vs Manchester United action, then you'll need access to Sky Sports - you can check out the best deals below.

For today's game against Chelsea, caretaker manager Michael Carrick will be in the dugout for United.

However, it looks like the Old Trafford side have decided on who will step into the managerial hotseat - for a while at least.

It's been reported that Ralf Rangnick - the former Schalke and RB Leipzig manager who influenced the coaching styles of Tuchel, Jurgen Klopp and Julian Nagelsmann - will soon be appointed the Manchester United interim manager.

It's believed Rangnick will be given a six month contract, after which he could step into a backroom position.

Next summer a new permanent Manchester United manager will reportedly be appointed, with Mauricio Pochettino believed to be the favoured candidate for the role.

GET CHELSEA KITS FROM KITBAG

You can tune in and watch coverage on Sky Sports Premier League and Sky Sports Main Event from 4pm, with kick-off at 4.30pm. To watch on your Sky Q or Sky Glass, you'll need to have the Sky Sports add-on as part of your monthly subscription. This usually costs £30 a month, although Sky is currently offering a deal that drops that price to £20 a month. This can be paired with the standard Sky TV bundle, which unlocks access to exclusive channels like Sky Atlantic, as well as Comedy Central, MTV, and more, coupled with a Netflix subscription for £26 a month.

If you're not home, everything from Sky Sports is also beamed to tablets and smartphones via the Sky Go app, which is available for both Android and iOS devices. You can also sign in to Sky Go on an Xbox or Playstation to watch in another room if someone else is using the Sky Q box.

Sky-owned NOW, formerly NOW TV, offers limited-time access to Sky Sports. One month usually costs £33.99, while a single 24-hour period of Sky Sports will cost a one-off payment of £9.98. However, NOW is running a Black Friday offer that lets sports fans subscribe for just £20 per month for two months - a saving of almost £28 off the usual price in total.

Unfortunately, if you're outside of the UK right now, your Sky Go and NOW subscriptions might not work as you'd expect. Sky – just like Netflix, BBC iPlayer, Prime Video and a number of other services – places restrictions based on your current location, which is determined by the IP address that your device was assigned when you connected to the internet. It's possible to bypass these geo-restrictions by employing a Virtual Private Network, or VPN, service. You can find some of the best options below...