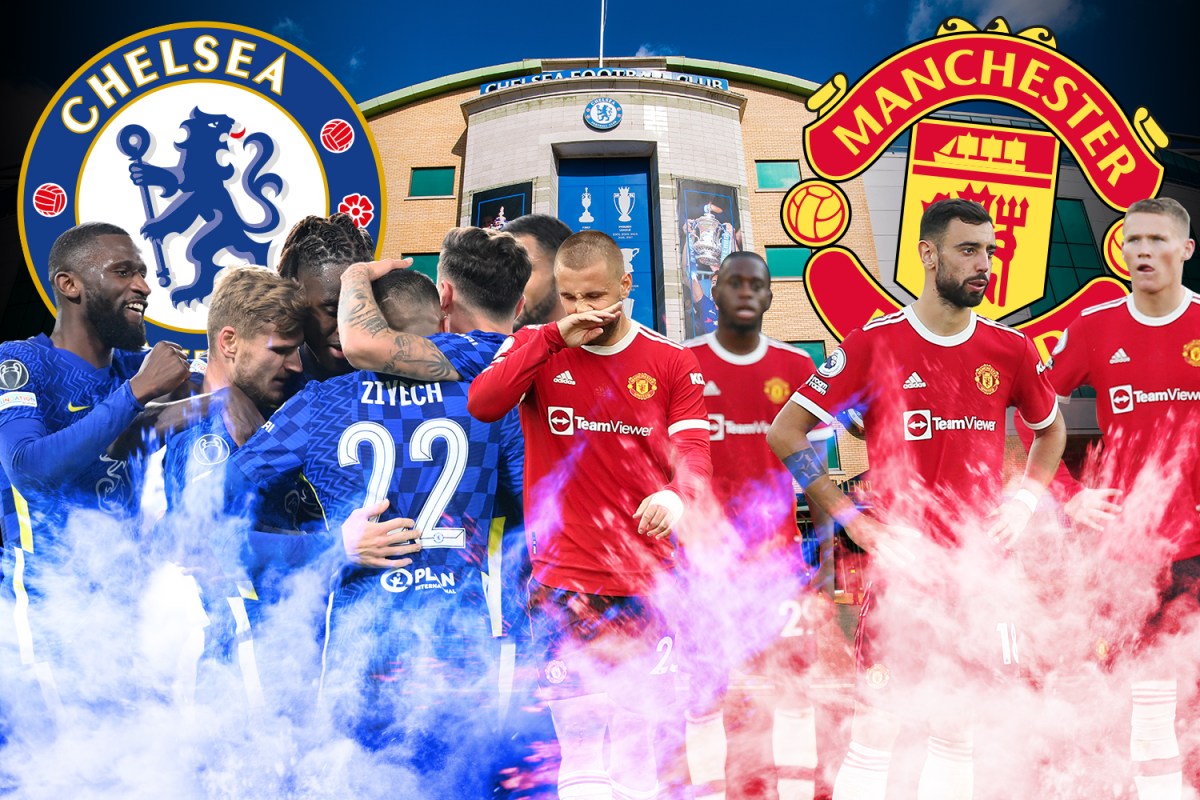 ON TUESDAY night, Chelsea beat up an Old Lady

Now they can follow up by humiliating a weakened, tottering, faded empire.

Manchester United have been enduring a turbulent start to the seasonCredit: Getty

And such is the reality of the mess Manchester United are in at the moment, that if you offered Michael Carrick and his squad a point without playing the game, they would snatch your hand off.

While victory in Villarreal gave Carrick and his interim reign a degree of breathing space, the brutal truth of the Premier League is that life comes at you fast.

Guiding the Old Trafford side through to the knock-out phase of the Champions League, the minimum and basic expectation - if it even needed to be set - at the start of the campaign, felt like an achievement in the wake of the recent chaos and upheaval.

The dismantling of Juventus, known as La Vecchia Signora - “The Old Lady” - in Italy, was the latest example yet of the formidable machine Thomas Tuchel is building in SW6.

Winning by four, without Romelu Lukaku or Kai Havertz, and with N’Golo Kante playing for just the first half-hour or so, graphically demonstrated how much Tuchel has in his locker.

Carrick's caretaker tenancy started with a win over Villarreal - but it was hardly convincingCredit: Getty

But Chelsea are not just an attacking team. They also defend like men possessed.

In 12 Prem matches so far, the leaders have conceded just FOUR goals. The same amount that went into the United net at WATFORD last weekend.

What is really scary for United is the knowledge that, without David de Gea, some of this term’s thrashings would have been even more embarrassing.

The return of Cristiano Ronaldo was supposed to help bring United back to the glory days of the past, under the guiding helm of another Old Trafford striking legend in Ole Gunnar Solskjaer.

But the Norwegian has gone, an overdue casualty of a season that has lurched from one crisis to another.

And while Ronaldo’s record of 10 goals in 15 appearances cannot be denied, nor can the fact that the team now seems unbalanced and unprepared.

Tuchel will have been analysing the weaknesses, preparing in his obsessive, determined and calculating way.

Even though he has now lost Ben Chilwell for weeks, probably months, he will turn to either Marcos Alonso or - more likely - Cesar Azpilicueta, confident in their ability to apply themselves to his demands.

Likewise, Mason Mount is fresh and ready to return, while there is a genuine possibility of Lukaku being unleashed to feed off a United defensive insecurity in a unit expected to have Eric Bailly and Victor Lindelof at its centre, potentially with Scott McTominey as the third man.

United will travel in no sort of domestic form, with just four points out of the last 21 and the sole victory, which saw Spurs react by sacking Nuno Espirito Santo and installing Antonio Conte, more than likely to end up being viewed as a Pyrrhic one.

Carrick, too, was part of the old regime, the one that crumbled and was tossed into the rubbish bin at Vicarage Road.

His options are narrowed by suspension - ruling out Harry Maguire - illness, with Mason Greenwood recovering from Covid, and injury, stripping out Raphael Varane, Paul Pogba and Edinson Cavani.

United’s decline and fall from Fergie’s era of dominance is stark and it is a certainty that eight seasons without the title will become nine in May.

Whether Maurico Pochettino, or whoever is next to take the job permanently, can arrest that precipitous long-term issue is one for the future.

Perhaps Ralf Rangnick can help them turn a corner.

But it is the present that matters for now.

And Stamford Bridge represents a clear and present danger to a club wracked by guilt, doubt and turmoil.

From where they are, it is a very long way back. That journey may go into reverse on Sunday, too.

Man Utd have a definite list of potential interim managers