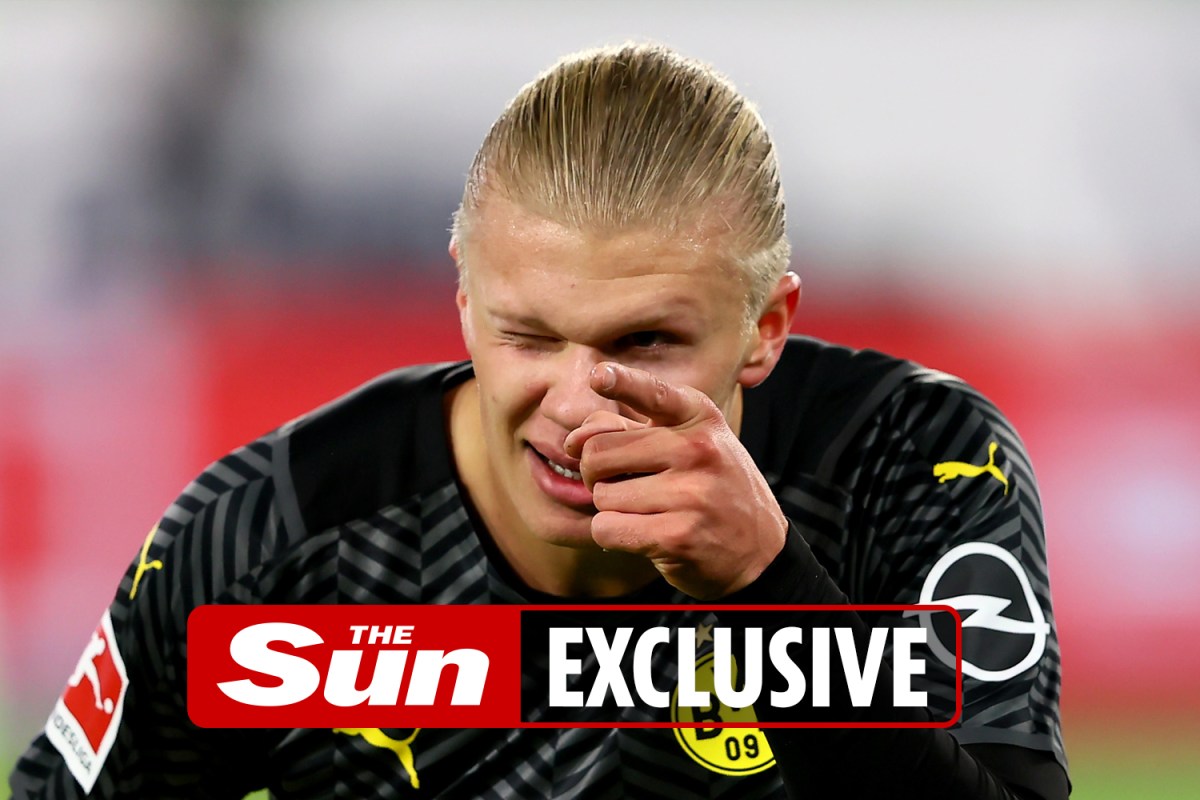 Ralf Rangnick is on the verge of becoming interim Manchester United managerCredit: GETTY

And the Red Devils brass are hopeful his appointment will help convince Erling Haaland to join themCredit: REUTERS

City were in pole position as Haaland’s dad Alfie played there and Real have made a move.

But new United interim boss Rangnick oversaw Haaland’s move from Molde to Salzburg two years ago when he was director of football for the Austrian side.

United believe that link will enable them to sign Europe’s hottest property next summer when he has a £64million release clause.

Haaland’s move to Salzburg rocketed the now 21-year-old into the limelight and Dortmund snapped him up a year later.

United had hoped former boss Ole Gunnar Solskjaer would be a key factor in any deal, having given him his first big break at Molde.

But the arrival of Rangnick could be even more decisive — especially with Solskjaer also sure to sing the praises of a move to Old Trafford.

Rangnick will double his wages to around £8m at United after being released from his role as head of sports and development at Lokomotiv Moscow.

“I don’t mean in terms of ability but to get six months to stamp his style of play on the squad, his pressing, the way he likes to work.

“But he’s very experienced and I’m sure he’ll adapt to the players he’s got. He’ll bring back some stability to the team.”

He said of his fellow German: “United will be organised on the pitch.

“That’s not good news for other teams.

“He’s a really good man and an outstanding coach.

“He’s done a lot of different jobs in football, but his first concern was always being a coach, being a manager, and that’s what his best skill is.”