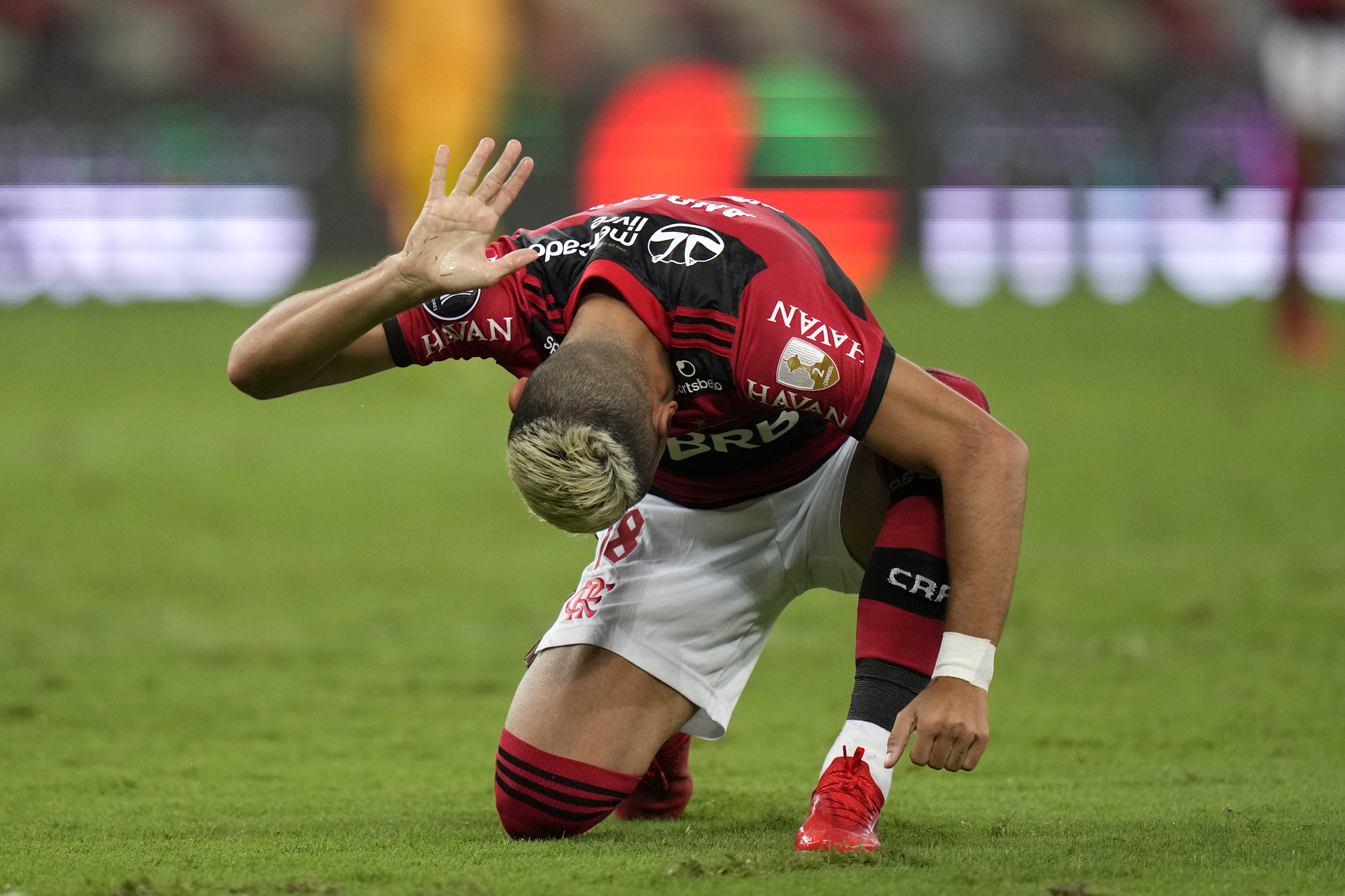 Over the summer, Brazilian giant Flamengo brought in Manchester United midfielder Andreas Pereira to help them lift the Copa Libertadores trophy. However, the 25-year-old played the villain in the final against Palmeiras.

During extra time, Pereira tried to pass the ball to goalkeeper Diego Alves, but there was a mishap on the attempt leading to the eventual game-winning goal by Deyverson to give them a 2-1 over Flamengo.

Pereira, who was one of the marquee arrivals this summer, quickly became the number one target for supporters, some of the tweets are in Portuguese, but they are understandable in any language.

Ole Got us champions league qualification despite half a season with Andreas Periera as number 10. Big achievement. https://t.co/eU0EjGOAum

Anyone watched the Libertadores Final? Andreas Pereira is in tears because he made an error that lead to a goal for the opposing team. pic.twitter.com/KvzSA7MTe9

The midfielder will be with the club for another six more months before Flamengo decides whether to activate the option to buy clause on the loan deal. Manchester United put a €20-million fee, which is expensive for a South American side, even if the club is Brazilian.

It will be interesting to see whether Flamengo keeps Pereira or believes that this mishap is too much to keep him around long-term.